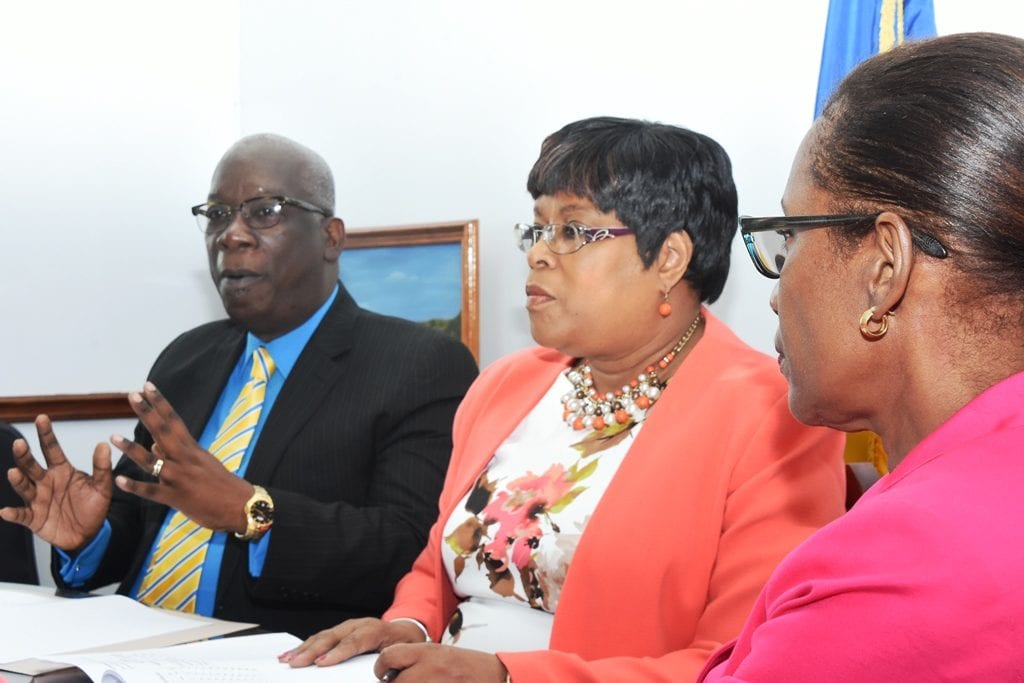 Though the Education Ministry is general satisfied with the hard work of both students and teachers, it is still worried about the base, especially in Mathematics.

This was pointed out today as Education Minister, Ronald Jones, discussed the students’ performance in the 2016 Barbados Secondary Schools’ Entrance Examination (BSSEE) during a press conference at his Ministry at the Elsie Payne Complex.

While noting the continued good performance of females over males, which he attributed to their level of “maturity and focus”, he said, however, the base of the exam continued to give the Ministry some challenges. However, he promised to continue reviewing and addressing this issue.

“It means there has been a slight decline in the numbers scoring between 70 and 100,” said the Education Minister, as he acknowledged the need to look at the total picture and not just segments.

Referring to the Ministry’s focus on STEM [Science, Technology, Engineering and Innovation], he said it also meant that we had to pay a lot more attention to Mathematics teaching and the overall improvement of the pedagogy relative to our Mathematics.

He reiterated the fact that his Ministry was in continued discussions with The University of the West Indies and Erdiston Teachers’ Training College to bring about overall improvement in the ability of teachers to deliver Mathematics.

He also noted that attention was being paid to reinvigorating Mathematics teaching in primary schools to ensure there was “that upward impact at the secondary level”.

According to the Education Minister, consideration is also being given to developing specialist Maths and Science teachers as part of the Ministry’s STEM approach.