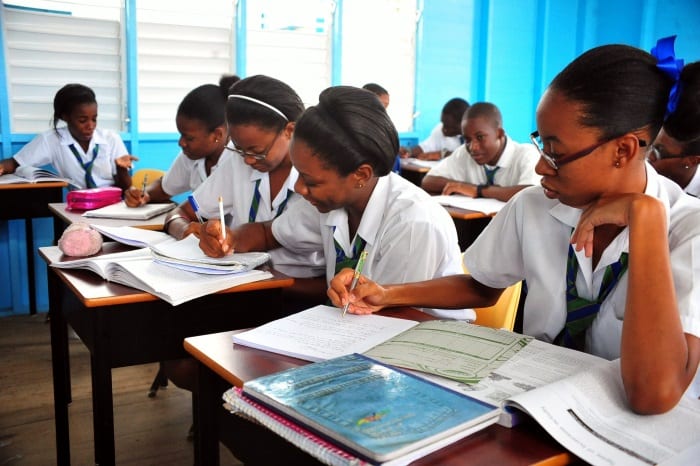 The education system cannot only prepare students for the world of work.

This was the strong message from Prime Minister Freundel Stuart last evening as he delivered the feature address at the opening ceremony of the Fifth International Conference on Higher Education at the Hilton Barbados Resort.

Mr. Stuart said he had heard well-meaning persons state that the education system should prepare young people for work.

However, he noted that there were parents in societies throughout the region who could not cope with the stresses and strains of everyday life, in spite of the fact that an education should have put them in that position.

He continued: “We have somehow lost sight of the fact that man is not just created to work. He has to work, but any time an education system gets to the point where all it prepares people for is to work, then something is fundamentally wrong in the society and the society is going to pay a very, very high price for it.

“In fact, some of our societies are already paying a very high price for it. While we do not want to de-emphasise the importance of the relationship between education and the job market, equal emphasis has to be placed on other aspects of our citizenship.”

The Prime Minister contended that it was not enough to go to work. He said, for example, the father who went to work, faithfully came home and provided money for the maintenance of his children, but did not take time to sit and bond with them, was allowing “the means by which he lives to outdistance and outpace the ends for which he lives”.

He stressed that was the kind of citizen that Barbados and the Caribbean could do without. “We don’t want people educated in that one-sided kind of way; we want an education for good citizenship in the Caribbean,” he insisted.

Pride & Industry: Celebrating 50 – Vision, Leadership, Engagement: Transforming Education in Barbados, is the theme of the two-and-a-half day conference which is being hosted by the Ministry of Education.