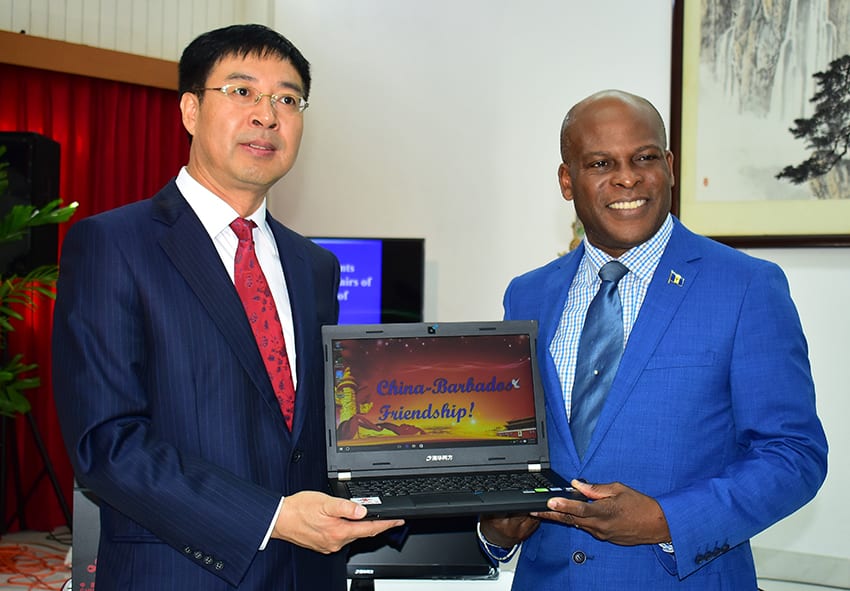 Government is seeking to enhance educational opportunities for residents of the Government Industrial School (GIS), and reform laws governing that institution.

Minister of Home Affairs, Edmund Hinkson, made this disclosure today during a handover ceremony of computer equipment – 45 laptops, 35 desktops and 10 tablets – from the People’s Republic of China to the juvenile penal institution.

Speaking during the ceremony at the Embassy’s Rockley, Christ Church office, Mr. Hinkson said he had discussions with Minister of Education, Technology and Vocational Training, Santia Bradshaw, to see how the educational opportunities of residents could be enhanced, as there was a need to review the educational policy.

“These pieces of equipment being donated to that institution fits in very well with the objectives of the two ministries…and with the overall thrust of the Government of Barbados,” he said, adding that it was important for residents at the institution to have a knowledge base, upon leaving.

In expressing his appreciation for the donation, the Minister told Chinese Ambassador, Yan Xiusheng, that the equipment would assist some of the most vulnerable young people in society in gaining access to information technology, learning how to use it, and gaining more knowledge to be useful citizens.

Noting that the GIS housed young persons who came into conflict with the criminal justice system, Mr. Hinkson lamented that Barbadians could sometimes be “uncharitable and stigmatize young people because they might have been confined at an early age”.

He added that Government was presently seeking to modernize two pieces of legislation drafted in 1926 and 1930 to reduce the offences for which young people are confined.

“We are looking to remove the status offences, [and] we are in the process of reviewing a draft bill to bring to Cabinet and to Parliament within the first half of this year.  We owe it to our children,” the Minister stated. 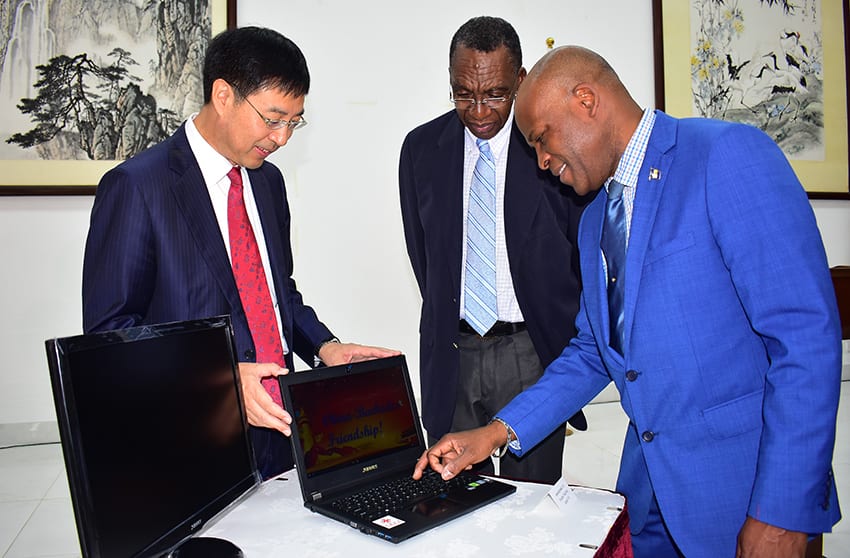 Chinese Ambassador to Barbados, Yan Xiusheng; Principal of the Government Industrial School, Erwin Leacock; and Minister of Home Affairs, Edmund Hinkson, taking a look at one of the donated laptops following the handover ceremony today. (C.Pitt/BGIS)

He added that there was a need to create an environment where residents of GIS could have an opportunity to succeed upon their release.

“It cannot be that because they might have spent some time institutionalized at the Government Industrial School that they do not have an opportunity to advance themselves, and to succeed in their later years in Barbados,” Mr. Hinkson stressed.

He made it clear that in Barbados everyone deserved a second chance.

Meanwhile, Chinese Ambassador Mr. Yan, said the donation could help Barbadians catch up with the rapid developments of today’s digital world and bridge the digital gap with easier access to internet and advance technology facilities.

The Ambassador said that China and Barbados had a good working relationship over the years, and noted that several projects embarked upon were going well. “China always stands ready to provide necessary assistance to the economic and social development of Barbados under the framework of the South-South cooperation,” he said.