Jones: Education Should Never Be Wasted 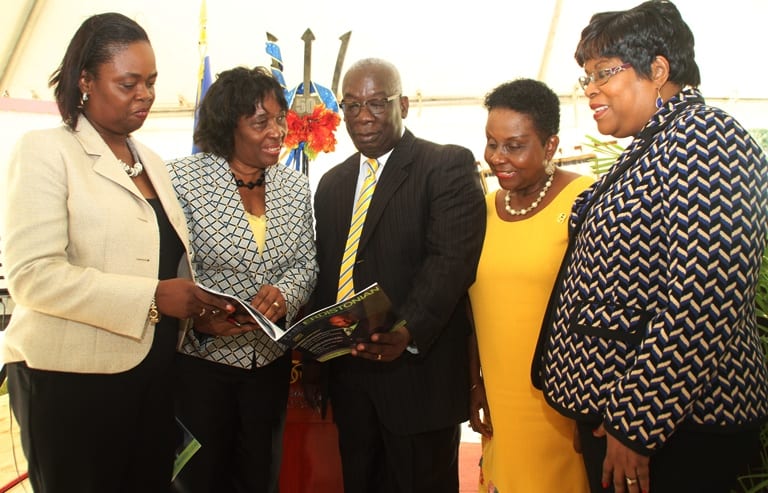 Education Minister Ronald Jones believes the single greatest contribution to the development of Barbados has been education and it should not be wasted.

The Minister shared this view today as he addressed those gathered at the Erdiston Teachers’ Training College, following the arrival of the Commemorative Broken Trident and the re-launch of the college’s magazine, The Erdistonian.

Acknowledging that Barbados had achieved a great deal, Mr. Jones said: “This country has been transformed between November 30, 1966 and today, July 20. (2016).

“We’ve had our highs and lows, as every other society in the world has had its highs and lows. But there’s one thing that has remained relatively constant and that has been the country’s commitment to education. That has been constant through political dispensations, through political parties, through Governments….Government has paid critical and careful attention to the education of its citizens.”

He continued: “We cannot waste and we should not waste scarce resources. We ‘ve seen in the last eight years how scarce resources have been and how we’ve had to manipulate and juggle to maintain a certain stability in education and health in social welfare.”

Strengthening his point further, the Education Minister said every year, between 18 and 20 per cent of Government’s budget was spent on education and this was one of the highest in the region.

“From time to time we spend between five and a half and six per cent of the Gross Domestic Product (GDP) annually on education and that is only the contribution of tax payers to education,” said Mr. Jones, while noting that if the private sector’s contribution was captured it could amount to approximately eight or nine per cent of Barbados GDP.

While denouncing wastage that may come from Barbadians not capitalising on the education system, he added: “When I see wastage – and it can be seen in so many ways – students who decide, because their parents don’t encourage as they used to, to idle, to stay at home; don’t do their homework; creating disruption in the classroom that affects others; or when there is downtime by a teacher who is ill; or, somebody who deliberately says ‘I am going to go on strike’ during the time of children’s work or ‘I’m going to have a meeting when children should be taught – all of that adds up to impact on what we have held up over time.”

Stressing that it was necessary to redouble efforts every day, Mr. Jones, who is also responsible for Science, Technology and Innovation, said the country must ensure it continued “to punch above its weight” and not simply accept mediocrity but chart the course of its future.

Meanwhile, Former Dean of the Faculty of Humanities and Education at The University of the West Indies, Professor Pedro Welch, in outlining the significance of the Commemorative Broken Trident said: “The broken trident is the repudiation of British colonial rule… It is a statement that says: ‘We once were slaves but lick and lock up done wid. We are no longer slaves anymore’.”

Professor Welch advised those gathered that when children asked about its significance, they should be told: “This Broken Trident comes against a background of struggle, a background of growth and development and we’ve finally reached a place where we could say to our erstwhile masters and mistresses… ‘It is time to stop loitering on colonial premises… it is time to stand proud as Barbadians.”