Efforts On To Address Water Woes 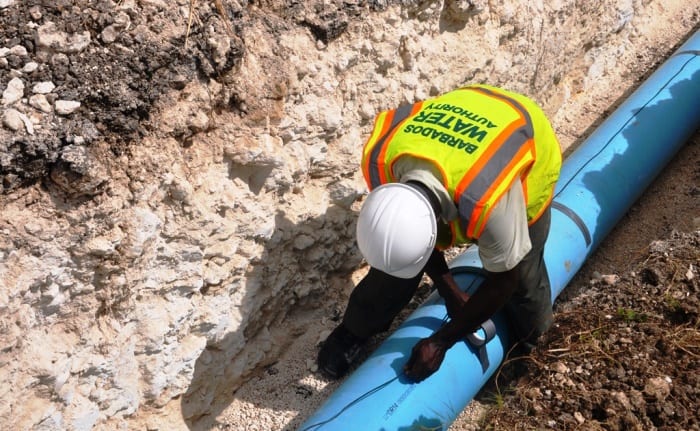 Prime Minister Freundel Stuart has reiterated that the Ministry of Agriculture and the Barbados Water Authority (BWA) are taking initiatives to deal with the water problems in some rural parishes.

However, Mr. Stuart has called on the BWA to continue improving the state of its communication with the residents of St. Joseph and other water affected areas.

“I want to thank the people in St. Joseph and other water affected areas for the patience and understanding they have shown in what have been very difficult and testing circumstances,” he stated.

The Prime Minister made the comments to the media last night while engaging in an impromptu briefing at the end of the Social Partnership Meeting.

Acknowledging that being without water for a day was inconvenient, far less for any extended period of time, he noted that there were challenges to the water supply in St. Joseph that might not exist in other parishes.

He pointed out that officials were dealing with a drought situation over the last few years, and added to that, Barbados was a water scarce country, with some very old water mains.

“So there is a miscellany of challenges that attach to the water issue in that Scotland District area. I do not think that we can afford to be indifferent to the challenges being faced by the people of St. Joseph.

“My heart goes out to them; I understand the inconveniences to which they are being put. But as I heard this morning [yesterday], one of the chronic problems in this whole issue is the problem of communication between the BWA and the residents themselves,” he stated.

Mr. Stuart expressed the view that the residents did not expect miracles, but they would like an environment in which they could plan their lives around access to water.