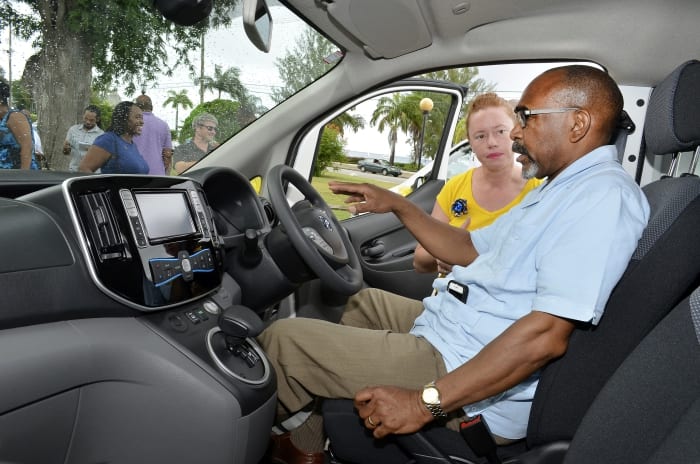 The fleet of eight – five vans and three cars – was unveiled on Sunday, during a ceremony in the carpark of Government Headquarters, Bay Street.

Minister with responsibility for Energy, Senator Darcy Boyce, in his keynote address, said that the pilot would allow government to ensure that the policy set in respect of electric vehicles was informed by empirical data.

In this regard, he added, that the fleet would be supplemented in the future by two electric buses, as well as trucks, so that information would be available on how electric vehicles performed in different circumstances.

He thanked the Inter-American Development Bank and the European Union funding agencies for the pilot, which forms part of the US$24.6 million Public Sector Smart Energy Programme.

So far, the electric vehicles are in use at the Division of Energy and Telecommunications, and the Ministry of Housing and Lands.

Other ministries and departments to which they will be assigned are Transport and Works; Environment and Drainage; Education, Science, Technology and Innovation; Foreign Affairs and Foreign Trade, the Office of the Attorney General; and the Barbados Defence Force.