Incentive Programmes Get Thumbs Up 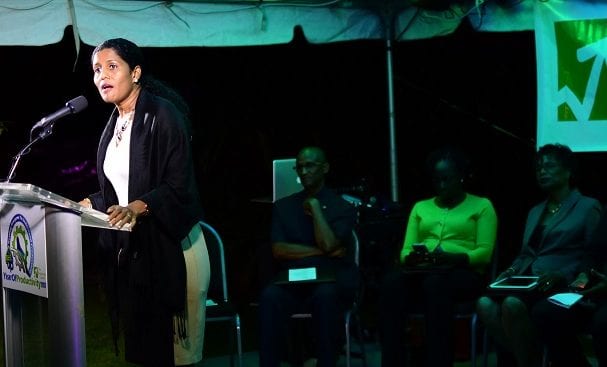 Barbadian employers have been told that implementing an employees’ incentive programme can be a great way to increase productivity in the workplace.

This advice came last Friday from Minister of Labour, Social Security and Human Resource Development, Senator Dr. Esther Byer Suckoo, as she delivered the feature address at the Media Launch and Cocktail Reception to launch the National Year of Productivity.

Dr. Byer Suckoo said employers should view initiatives to encourage and improve the levels of productivity in the workplace as being vitally important. “By offering tangible and intangible rewards to employees, the business could experience a significant increase in its overall productivity.

“When employees feel valued by their employers, they are likely to feel encouraged to put in the extra effort on a regular basis. Rewarding employees for their extra effort could result in a team of employees who are not only loyal and enthusiastic but more productive overall,” she maintained.

The Minister contended that employee incentives were no longer considered “a frivolous expense”, but rather, an important tool for creating a positive and productive company culture. She indicated that several workplace studies had shown a connection between appreciation of employees and the results of company objectives.

Senator Byer Suckoo pointed out that in Barbados, the use of incentives to motivate employees had proven to be an effective strategy for many businesses. She noted that praise, opportunities for progression and being awarded a title such as “Employee of the Week”, “Employee of the Month” or “Employee of the Year” could make a worker feel truly valued by an employer and go a long way in motivating employees.

She suggested that another way of rewarding top performers was to listen to and implement their ideas on making improvements to the business.

The Labour Minister said dialogue on productivity improvements, not only at the level of the enterprise, was critical. “Increasing labour productivity must be at the heart of Barbados’ development strategy. This will enable Barbados to become even more successful in an increasingly competitive international market, and also allow workers to share in the fruits of that increased competitiveness,” she added.

The Minister proffered the view that for the issue of productivity to be seriously addressed, all Barbadians must develop and passionately pursue personal and institutional policies in their homes, schools, communities, clubs and workplaces to enhance productivity and competitiveness.

She noted that the Year of Productivity must see the propelling of flexi-time and the 24/7 efforts. She stressed that Government was committed to addressing the issue of productivity.