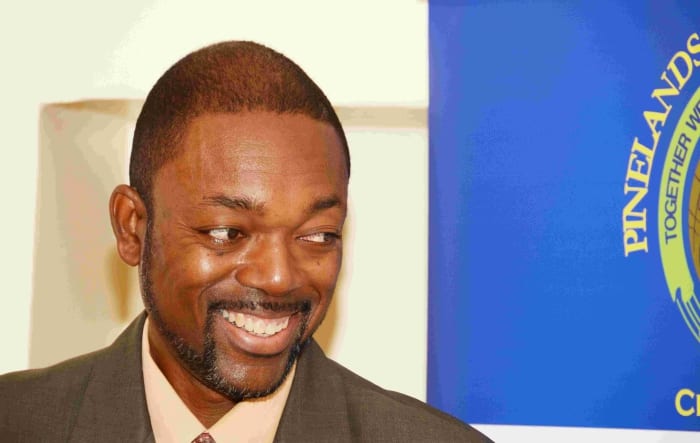 Minister of Labour and Social Partnership Relations, Colin Jordan, noted that Government was on a journey to create and develop social and economic justice within the work environment. (FP)

Employers have been told by Minister of Labour and Social Partnership Relations, Colin Jordan, to allow more freedom of expression in the workplace.

The call came today as he addressed a seminar on Labour and Employment Relations, at the Labour Department, on the 2nd Floor Warrens Office Complex, Warrens, St. Michael, that served to inform employers on a number of relevant legislations. These included the Shops Act, Sexual Harassment (Prevention) Act, Employment Rights Act and Employment Leave.

Explaining that the International Labour Organisation (ILO) had been promoting the Decent Work Agenda with its four pillars of job creation, right to work, social protection and social dialogue, he said Decent Work may be considered as a set of principles which summed up the aspirations of our working life.

The Minister noted that it supported the availability of work that is productive; supports and delivers a fair income; and provides social protection for families and those who depend on the workers and better prospects for personal development and social integration.

“Decent Work also dictates the need for a working environment that allows for the freedom of workers to express their concerns, organize and participate in decisions that affect their lives as well as the equality of opportunity and treatment for all women and men. Those who you manage as workers are not simply providers of labour; they are human beings who have views and opinions…. People have views and if a workplace is to reflect a place where humans come together for productive activity, then those people who are in that space have to be allowed to share their views, respectfully. 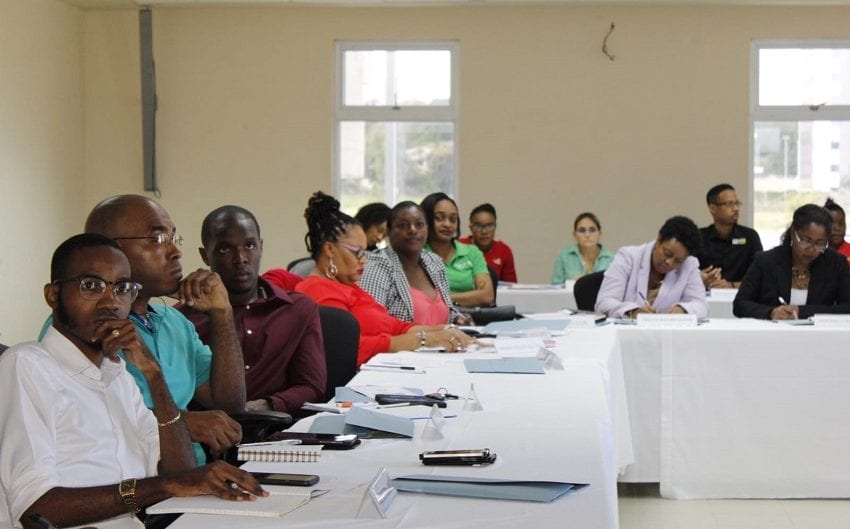 Participants at the Labour and Employment Relations seminar. (GP)

Commending the Labour Department, Minister Jordan noted that the seminar, the third for the year, was part of their efforts at sharing information, educating and building capacity within organizations.

He also stressed it was aimed at “providing the information to allow employers to carry out their functions in a professional way and in a way that is based on a sound knowledge and grasp of the information that is contained in the various pieces of legislation”.

Acknowledging that the role of the department was to provide a service to unions and the Barbadian community in general, he pointed out the importance of this against the backdrop that Government was on a journey to create and develop social and economic justice within the work environment.

He said: “The Labour Department understands that part of the challenge that sometimes occurs at the shop level or within organisations have to do with not having information, not being knowledgeable about the pieces of information that govern the worker-employer relationship. And so, there are many issues which arise in the workplace that could be avoided if employers and those who act on behalf of employers were better sensitized to the provisions of labour legislations and the accepted customs and practices which are observed in industrial relations.” 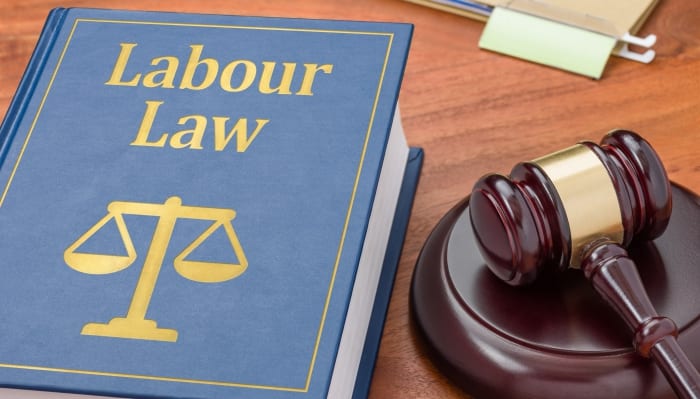 It is therefore essential that all employers and their representatives become versed in labour law since management decisions made by them have the power to impact the performance of workers, and by extension the families, the relatives, the dependents of those workers.”

While noting that the country’s labour legislation and specifically labour governance structure had existed for over 75 years, he said in a globalized world where the world of work was changing rapidly, there was a lot of complexity coming into workplaces causing labour legislation to become more significant.

“The enactment of legislation which is relevant to today’s social and economic needs and the effective and responsible application of such legislation is a critical element of what we refer to now internationally as Decent Work,” the Labour Minister said.