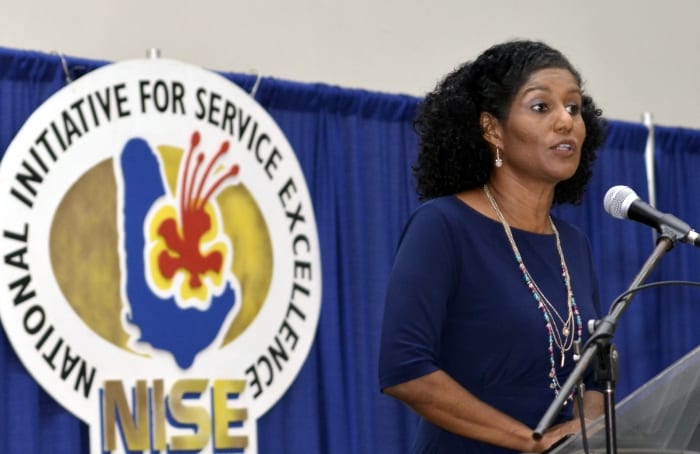 In order to better serve the needs of job seekers, the National Employment Bureau (NEB) will soon be rebranded.

Senator Byer Suckoo explained that the NEB would be rebranded as the Barbados Employment and Career Counselling Services and would provide training and counselling for job seekers in order to facilitate “lasting and impactful job placement”.

The Labour Minister noted that ensuring that workers were positioned where they were likely to give of their best was of utmost importance.

“It is about ensuring that we can fit people where they are best suited…I do believe that [a] worker who is just stuck somewhere that he is not interested in but just because he needs a wage is not necessarily likely to be fully engaged and to do of his best,” she contended, while indicating that the Barbados Employment and Career Counselling Services would aim to assist persons in discovering the placement that best suited their interest, skills and goals.

During the forum, research from the NEEX 2016 Study was presented, which showed an eight-point increase in overall job engagement in Barbados. Although the Labour Minister praised the National Initiative for Service Excellence for the increase, she cautioned that with the total engagement now standing at 31.1 per cent, it also demonstrated that “we still have a way to go”.