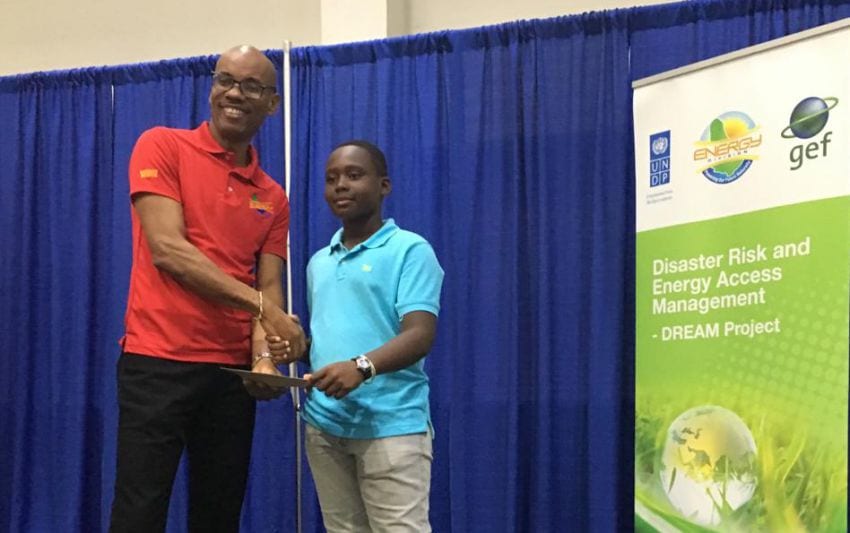 Winner of the essay competition, Raphael Lovell of the Milton Lynch Primary School receiving his prize from Permanent Secretary in the Ministry of Energy and Water Resources, Jehu Wiltshire. (GP)

Winners of the Ministry of Energy and Water Resources’ Schools’ Colouring and Essay competitions were announced during the Energy Expo, held recently at the Lloyd Erskine Sandiford Centre, Two Mile Hill, St. Michael.

In this contest, the children had to choose from two topics – Discuss How Renewable Energy Impacts Our Environment and Discuss How You Would Utilize Energy Efficiency Practices In Your Home.

First place in the colouring competition went to Naomi Johnson and second place to Haylei Wise, both from Blackman Gollop Primary School, while third place was awarded to Blake Belgrave of Good Shepherd Primary School.