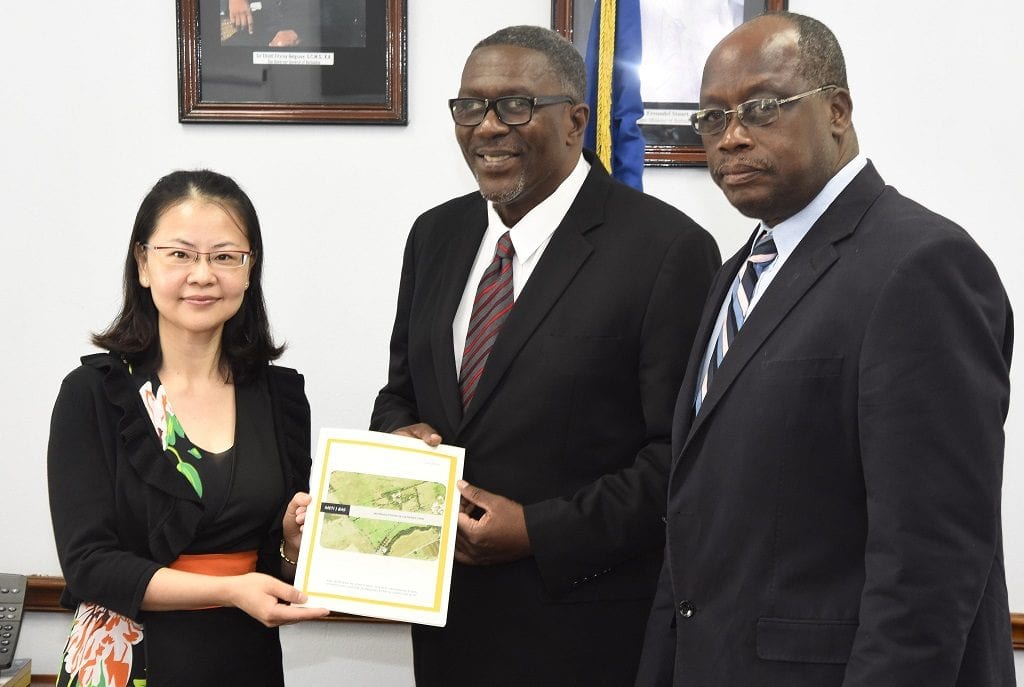 A Memorandum of Cooperation (MOC) signed today between the Ministry of Education and the Barbados Agricultural Society (BAS) is a step towards enhancing cooperation on the Hope Agricultural Training Institute in St. Lucy.

It was witnessed by Acting Minister of Education, Senator Harcourt Husbands, officials from the Education Ministry, as well as representatives from the Embassy of the People’s Republic of China in Barbados.

The Acting Minister, in commending the involvement of the Government and people of China, said he was pleased they saw it fit to work with Barbados on the project. In respect of the BAS, he added: “And, I am especially pleased that the organisation representing agriculture and agriculturalists in Barbados is also on board with the Ministry of Education.

“We hope to, in a joint way, bring this project to a successful beginning… it is an ongoing project and I think that this cooperation between the Ministry and the BAS strengthens the work that we intend to do in education and for the youth of Barbados.”

Meanwhile, Director of the Higher Education Development Unit (HEDU), Dr. Patrick Rowe, who is also responsible for executing the project, deemed the MOC as “pretty significant” to the development of the training institute.

“The institute is going to be pivotal to the development of agriculture in Barbados in many ways, and the infrastructure that is being anticipated is being sponsored by the People’s Republic of China,” he said. He thanked the Chinese Government and Mr. Paul for working with the HEDU and the Ministry to arrive at this point.

The 45 acres of land at St. Lucy which the Hope Agricultural Training Institute will occupy is vested in the Ministry of Education by the Crown. According to Dr. Rowe, its establishment will facilitate training that is occurring at the Barbados Community College, the Samuel Jackman Prescod Polytechnic, the Barbados Vocational Training Board, and especially secondary schools in the north.

Explaining further, he said: “Currently, a number of agricultural programmes don’t have a space. It’s difficult to teach a good agricultural programme without having a physical space to practise the methods in agriculture. So, the Institute will have livestock and crop development initiatives and it will look at all aspects of agriculture, the development of various crops but also food security and the handling of crops, post-production types of issues, and it will also look at the full gamut of livestock, dairy, sheep, chickens, and pigs. So, it will allow the institutions to add some value to their programmes right now.”

Dr. Rowe also pointed out that the Memorandum of Cooperation suggests that it is more of a deliberate cooperation in the development of the institute, since the BAS represents both the livestock industry and the crop production farmers. “So they cover the full gamut of what we are trying to work with,” he noted.