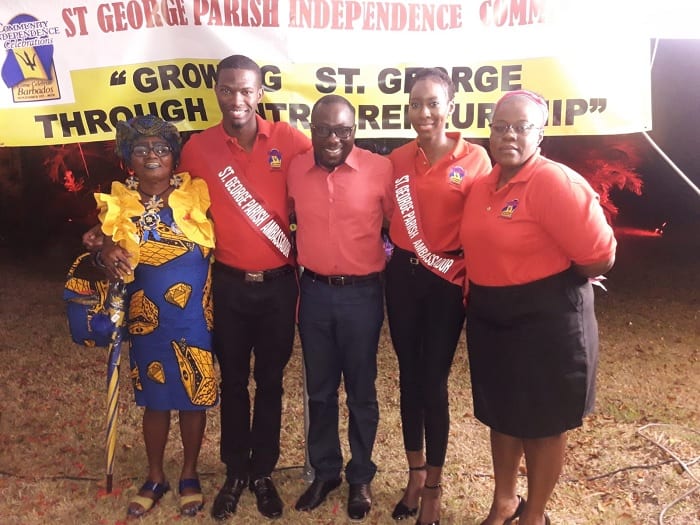 Entrepreneurship in its widest sense must continue to play a significant role in the island’s economic revival, especially within the context of our current challenge, says Minister of Small Business, Entrepreneurship and Commerce, Dwight Sutherland.

He was speaking at the launch of the St. George Parish Project called Growing St. George Through Entrepreneurship.

The Minister said the question was not whether entrepreneurship could make a significant difference in the case of national development, but rather what part each one could play in supporting the island’s entrepreneurs to help position the business sector as the engine of growth of the modern Barbadian economy.

Committing himself to providing focused leadership in this effort to transform not only St. George but Barbados, he said this would be done by his Ministry creating an environment where entrepreneurship is given “front burner” status, and all relevant stakeholders allowed the opportunity to make meaningful contributions in pursuit of such.

While also noting that a serious effort had to be made to both recognise and seize opportunities presented by the emerging global economic agenda, Minister Sutherland said: “Essentially, we must continue to seek new ways of doing business, thus narrowing the economic gap existing between us and our international counterparts.”

He called for a deliberate and proactive approach to innovative idea generation among community groups and the facilitation and patronising of community enterprises by community members. He also gave the assurance that he would lead the charge.

Additionally, the Minister urged the business class and those who by way of upward mobility had achieved to “give back to the overall development of the community through acquired expertise, mentorship capability and giving of quality time”.

Community members were also told they needed to retool and develop a new set of skills, as well as the attitude and aptitude for success. And, while Minister Sutherland urged them not to be intimidated by those criticising their ideas, he stressed entrepreneurs were those who in defiance of advice by pessimists turned their ideas into business activity and recognising apparent failure, chalked it up to experience and succeeded at the next pursued venture.