Estonia Keen To Collaborate On E-Governance 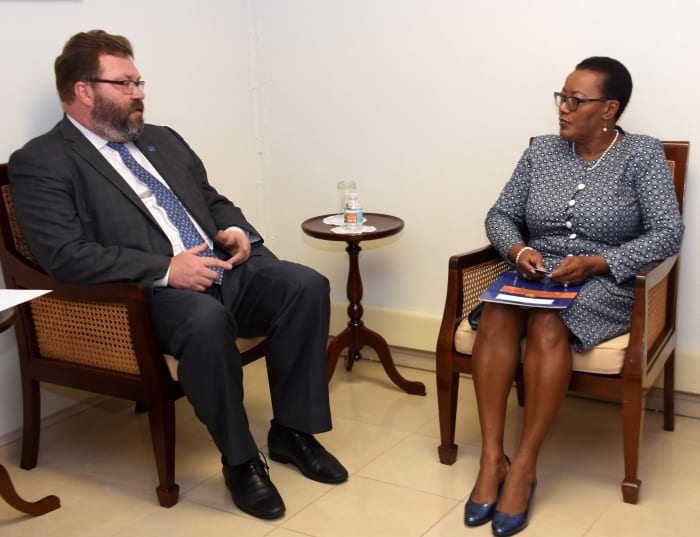 The Government of Estonia is keen to work with Barbados on enhanced E-governance services as a means of enhancing cooperation between the two countries.

During the call at the Ministry, the Ambassador-at-Large, who represented Estonia’s Minister of Foreign Affairs, Marianne Mikko, said pursuing an E-government strategy enhanced a country’s profile and gave it a modern outlook on the world scene.

“Our Government has been paperless since 2005 and it makes life much easier. You can react to situations and solve problems more quickly,” Ambassador Kolga stated.

Senator McClean noted that the areas of E-government and cyber security were big challenges, and, based on Estonia’s success in these areas, she said Barbados was keen to cooperate and benefit from its experience.

“As a country, you have much to offer. The concept of security as a small nation needs to move to citizen security, be it tackling violence, drug trafficking and its consequences,” she maintained.

The two officials also discussed the restart of talks on a Double Taxation Agreement.