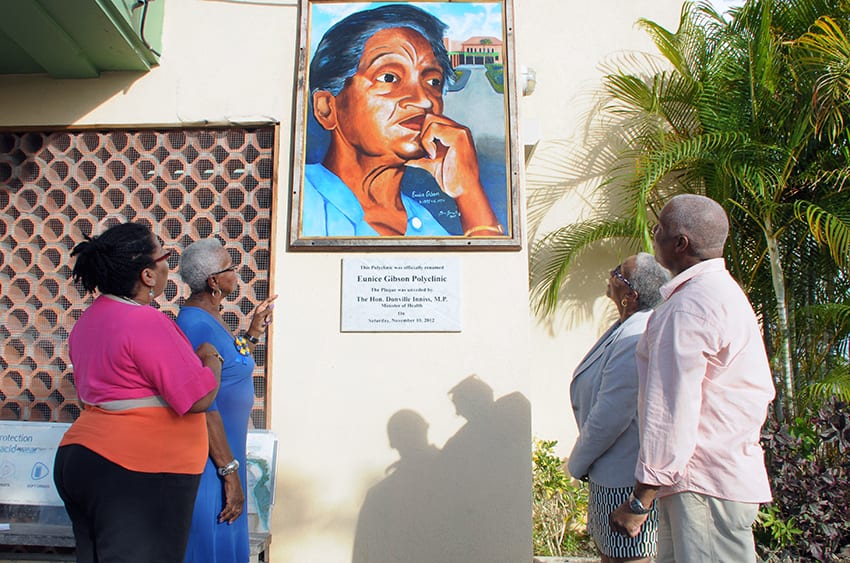 The Eunice Gibson Polyclinic at Warrens, St. Michael, has been presented with a painting of the public health professional whose name adorns the building, compliments of local artist Don Small.

The colourful painting of Eunice Gibson, created on concrete board using colours which will stand up to the weather, is mounted at the entrance of the polyclinic.

This is the second donation to the polyclinic by Mr. Small, who in 1997 also presented a portrait of a father and child which is still on display today.

Mr. Small explained that his association with the public health facility started in the 1990s, when, during a visit to the then Warrens Polyclinic, he met now retired nurse Yvonne Archer, who inspired him to make his first contribution.

It was a return visit to the polyclinic in 2017 that prompted his decision to create the latest painting after coming across a stamp with the image of Eunice Gibson and learning of her contribution to nursing in Barbados.

The unveiling of the portrait took place during the annual Week of Wellness hosted by staff and management of the polyclinic.