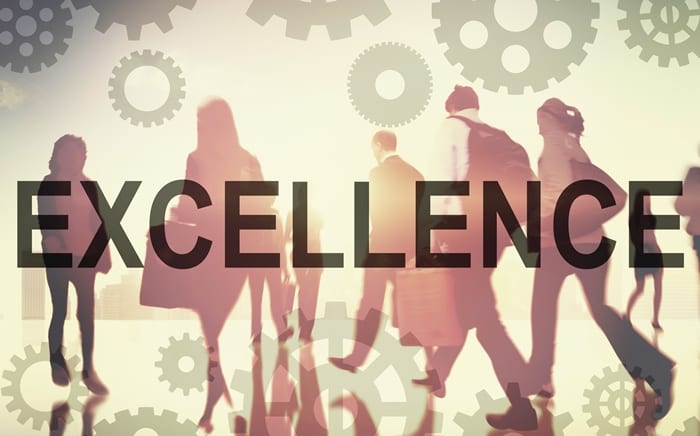 Excellence will be the focus for workers, employers and Government, when the annual Week of Excellence Programme is observed from Sunday, February 26, to Saturday, March 4.

A service will be held on Sunday at The Cathedral Church of St. Michael and All Angels, Bridgetown, beginning at 9:00 a.m.

During the week, several presentations and panel discussions will be held for public and private sector partners at various locations across the island.

The topics include: People and Change: Devising the Blueprint for Sustained Productivity Improvement and Growth; Productivity Growth and Strategies: A Focus on the Barbados Economy; Towards a National Workplace Policy on Wellness; Customer Service Excellence; and Discrimination in the Workplace.

On Friday, March 3, a Schools’ Programme will be held at The Productivity Council, Baobab Tower, Warrens, St. Michael, beginning at 9:00 a.m. Former Principal, Jeff Broomes; and President of the Barbados Vagrants and Homeless Society, Kemar Saffrey, will deliver remarks. Presentations will be made on: Preparation for the World of Work and The Caribbean and National Vocational Qualification: Options for the Future.

The Taking Excellence to the Streets initiative, which is aimed at sharing information on how to develop personal excellence with Barbadian workers, will be held on Saturday, March 4. It will begin at the City of Bridgetown Credit Union Limited and the areas to be visited are Broad Street, High Street, Roebuck Street and Fairchild Street.

The Week of Excellence Programme was initiated in 2003. It emerged in response to the new market liberalisation and globalisation thrust, which increased the need for productivity-focused businesses and effective competitiveness strategies.

It seeks to increase productivity awareness and excellence across the various sectors, and give stakeholders an opportunity to participate in critical dialogue on those issues.

The organisers and partners of the Week of Excellence are: The Productivity Council, the Barbados Workers’ Union, the Central Bank of Barbados, the Office of Public Sector Reform, the Barbados Employers’ Confederation, the Barbados Chamber of Commerce and Industry, CTUSAB, the National Initiative for Service Excellence and KPMG.