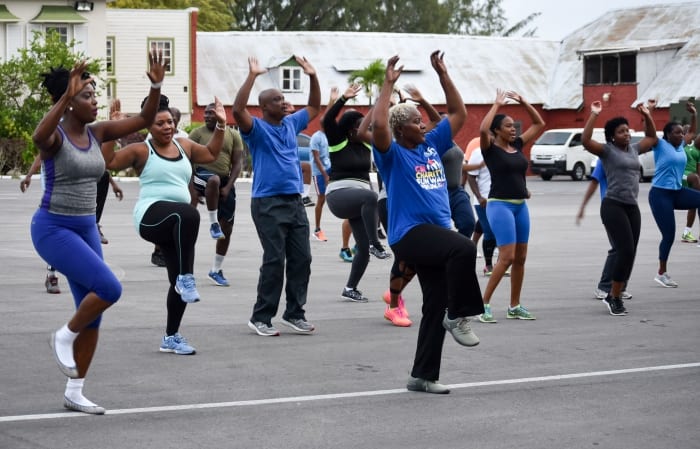 Coordinator of Social Services at BDF, Harriet Clarke, said more than 50 persons had registered for the two sessions which were held on Monday evening.

Ms. Clarke said the response leading up to the start of the series and also during the assessment period was encouraging, as persons were quite enthusiastic.

“When we spoke to persons one-on-one, they were very open as to why they wanted to participate. Some said they were concerned about their fitness; others spoke about the negative comments persons had made to them; and others recognised that they had gained weight over time,” she pointed out.

The five six-week boot camp sessions are being held in preparation for the Digicel/BDF Have A Heart Charity Fun Walk & Run on Saturday, August 11, as well as to encourage healthy lifestyles. A nominal fee is payable for these camps which are held on Mondays, Wednesdays and Fridays from 5:00 to 6:00 p.m. or   6:00 to 7:00 p.m.

Funds collected from the boot camps and the charity walk and run will be donated to Precious Touch Foundation Inc., an organisation which assists children diagnosed with a life-threatening medical condition, or who are terminally ill, realise their wishes.

Ms. Clarke underscored the importance of staging the boot camp series as well as the walk and run to raise funds to assist those children in realising their dreams.

“We launched the 2018 Digicel/BDF Walk and Run, which is in its third year, back in February and on that day, we were told about a child who had her wish pending. We learnt, regrettably, that the child passed away at the beginning of this month. So we have a keen awareness of the work of the Charity and why it is so vital for its members to be able to help children and their families experience the joy of having a wish granted.

“So the boot camp is important to help members of the public increase their fitness, adopt healthy practices and raise funds for the work of the Precious Touch Foundation,” she stressed. 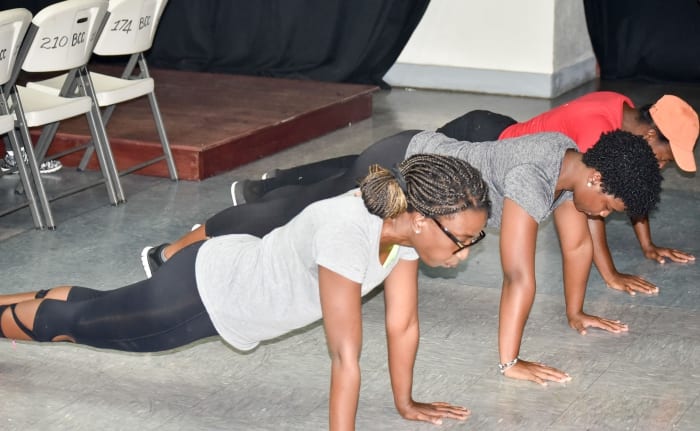 She urged persons to participate in the exercise sessions, explaining that three levels were being offered – Charlie for beginners; Bravo for intermediate and Alpha for the elite. She said individuals would be assessed and then assigned to groups based on their level of fitness.

“Participants will engage in a wide variety of fitness activities, including dance aerobics, circuit training, hill and core work and even beach sessions,” she stated. She added that the BDF’s physical training instructors were coordinating the boot camp series, which she described as “a superior product”.