Exercise Tradewinds Gets Under Way

Barbados’ response to threats of illegal drug trafficking; arms and human trafficking; gun related crime and other criminal activity will be tested over the next few days, as Exercise TRADEWINDS 2017 gets under way.

And, the exercise has the full support of Prime Minister Freundel Stuart and Government as it seeks to improve cooperation and security in the region.

Speaking during the official opening ceremony at St. Ann’s Fort today, Prime Minister Stuart stated: “Exercise TRADEWINDS is a means of protecting economies of Caribbean territories and their unique way of life.”

He warned that Barbados and the region could “ill afford” not to be prepared to confront the multidimensional threat of transnational organised crime; the possibility of terrorist activity by radicalised persons; and the increasing incidence of environmental hazards.

Mr. Stuart said that he was aware that there were other matters which should engage the attention of regional leaders, but stressed that safeguarding the people of the region must always remain paramount on every nation’s list of priorities.

However, he gave the assurance that Barbados remained committed to supporting all security initiatives designed to improve regional cooperation. 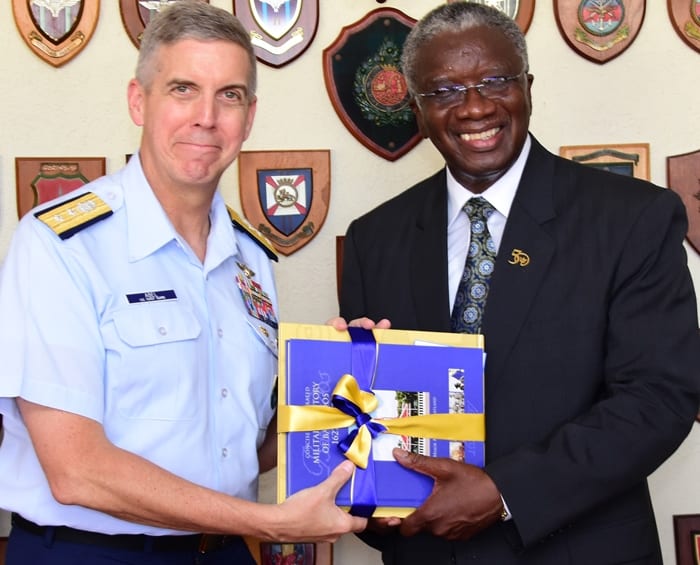 Making reference to the “unspeakable butchery” perpetrated against dozens in Manchester, England a few weeks ago, and the “gruesome events” at London Bridge over the weekend, the Prime Minister warned that they were examples which underscored the requirement for Small Island Developing States, including the Caribbean, to collaborate with regional and international partners to ensure the safety of citizens.

“In order to fulfil this important mandate, it is vital that we continue to establish and solidify networks across jurisdictions, and maintain active dialogue with these partners to combat the security threats which seek to destablise our Caribbean, and indeed Western civilisations as a whole,” he said.

Mr. Stuart said that during its 33-year lifespan, Exercise TRADEWINDS has ensured that the region has been able to provide a united response, whether against transnational organised crime, violent attacks or in the aftermath of a natural or man-made disaster.

He noted that the region’s climate and geographical configuration made it susceptible to natural hazards, such as severe weather systems, tsunamis and earthquakes.

The Prime Minister maintained that the region’s security, defence and disaster management organisations must continue to be vigilant and linked to respond as a coalition when the need arose.