I Am A Bajan: Wendy Barrow-Smith 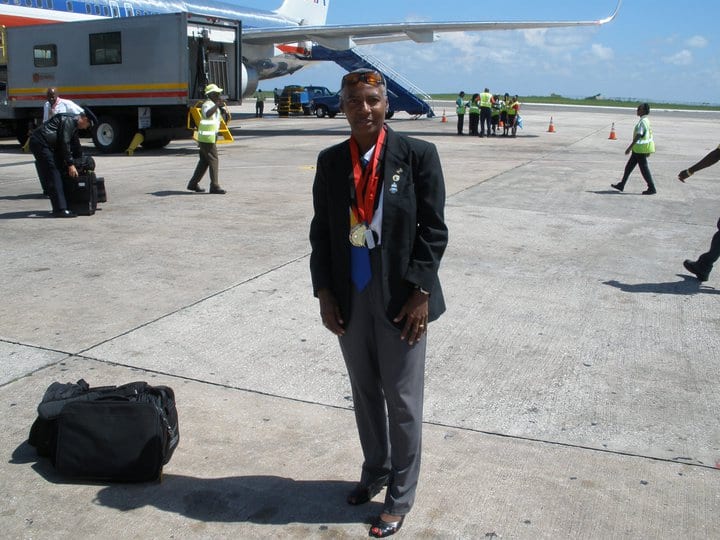 Wendy Barrow-Smith notes that strict eating habits also play a significant role in the upkeep of her toned physique. (FP)

As part of our Independence celebrations, the Barbados Government Information Service will be highlighting a number of Barbadians who have made their mark in the respective fields. Today we focus on one of our island’s top athletes, Wendy Barrow-Smith. The original story was issued on September 13, 2013.

What would encourage a 58-year-old wife, mother and grandmother to endure a hectic career in athletic coaching, fitness training and track and field? For Wendy Barrow-Smith, the answer can be found in her determination to remain fit and trim.

Beneath a small frame and quiet demeanour, is a powerhouse of energy who juggles an active lifestyle with family time, barely leaving any room in her schedule for reading, listening to music and watching television.

Wendy’s vigorous routine began years ago at the Alexandra School. Under the guidance of coach, Esther Maynard, she developed an interest in throwing, in an attempt to avoid the grueling training which is required in preparation for track events. “I decided to switch to the throws and found out that, that was a lot more work than I had bargained for,” she mused, but admitted that throwing was her first love.

Taking a trip down memory lane, Wendy recalled her membership of the Space Athletic Club during her school days; noting that after the dissolution of that club, she and her colleagues joined Garston Clarke’s newly formed Wibisco Stars. Later, after coaching independently, she formed the BC Track Club with encouragement from her athletes.

“I came into coaching because I realised there were limited coaches in the area of track and field. I decided to do the coaching certification and I was the first Level 1 certified Coach in Barbados,” the sports enthusiast pointed out, adding that she later pursued the more comprehensive Level II certification before going on to complete Levels III and IV at the Regional Development Centre in Puerto Rico, and finally the Level V in Canada.

With an unwavering commitment to track and field, her efforts have not gone un-rewarded, as Wendy is a nine-time winner at the National Championships in both the shot put and discus events. 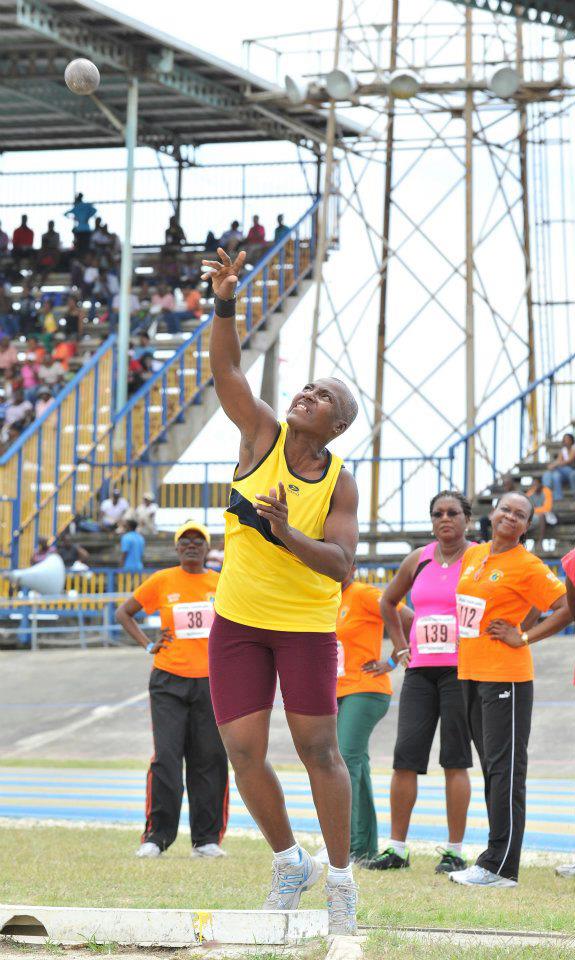 Wendy is a nine-time winner at the National Championships in both the shot put and discus events. (FP)

“I also competed at the [National] Senior Games and have won more than 25 medals over the years. I’ve been to Utah four times and I think I have about 20 medals from there as well. In 2011 I attended the National Senior Games in Houston and I won the discus and also got second and a third place [in triple jump and shot put respectively],” she reminisced.

One gold, two silvers and a bronze medal were also added to her list of achievements in 2013 after attending the National Senior Games in Cleveland, Ohio, along with those which she won at the Summer Games in Minnesota.

In addition to being known for her active participation in the field events, Mrs. Barrow-Smith is also well respected in the coaching arena. Her club, BC Track, a joint effort with tutor at the Barbados Community College, Dr. June Caddle, has, and continues to produce some of this island’s most successful athletes over the past 27 years of its existence.

Names like Wilan Louis, Gregmar Swift and Sonia Gaskin, are synonymous with this organisation which not only focuses on the basics of sport, but provides a total package for its members, including fitness training and nutritional advice.

Although deeply involved in track and field, this avid subscriber to the “active ageing” concept has not limited herself to just that field of endeavour, but has been involved in a number of other activities because, according to her, “that’s the key to long life”.

“I also play badminton; I am a member of the Pioneers Badminton Club based at the Barbados Community College. Outside of that, I do some walking with my husband sometimes on evenings or early in the morning. And, I go to the [National Sports Council’s] gym two or three times a week; I do weight training there,” revealed the proud grandmother of three boys.

She is quick to note, however, that strict eating habits also play a significant role in the upkeep of her toned physique. “When I get up in the morning I try to eat some fruit, and drink some water before I actually have my breakfast. I use the herb teas [and] try not to use too much milk. The cereal is usually oat cereal with fruit or raisins in it. I don’t deal with the fruit loops or frosted flakes. I try to eat as much as possible, try not to skip meals, and the meat I use is usually baked or boiled. I don’t use much fried foods or macaroni pie and that kind of thing,” Wendy explained.

And just when you think her plate is full, a never ending inclination towards conditioning and fitness is inspiring Wendy to have her own training facility. “I would like to be somewhere with my own base, so if you want to train, you come to me. I intend to do more personal training, but in a more structured environment. I’m not sure how long it will take, but eventually I expect to have something,” she asserted.

So, her advice to younger members of the society who may be interested in following in her footsteps? “Start young, don’t wait until you get old to do anything, because by the time old age sets in, it’s too late.”