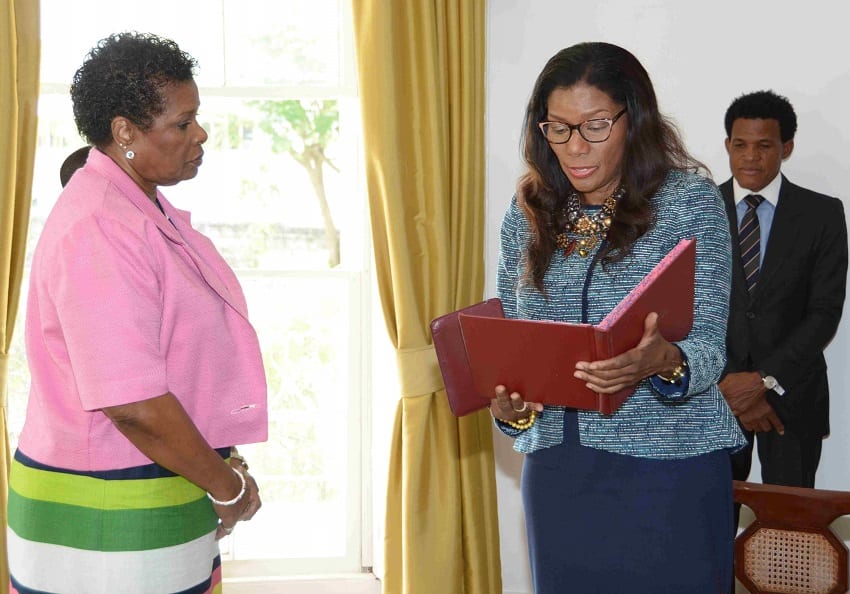 The final Independent Senator, Alphea Wiggins, took the Oath of Office this morning before Governor General, Dame Sandra Mason, during a brief ceremony at Government House.

Senator Wiggins, who is the former Deputy High Commissioner to London, said she was “very happy” to be appointed by Her Excellency.

The proceedings were witnessed by Cabinet Secretary, Cecile Humphrey; Clerk of Parliament, Pedro Eastmond, and relatives and friends of the new Senator.