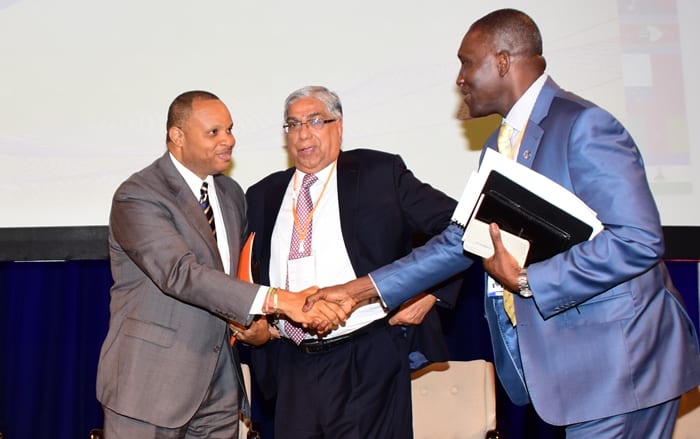 The Barbados Revenue Authority (BRA) came in for high praise today from this island’s Minister of Finance, Christopher Sinckler, as he addressed the opening of the Commonwealth Association of Tax Administrators’ 37th Annual Technical Conference.

Mr. Sinckler said that even though the institution was only two years old, officials were already seeing significant progress in the reconstruction of the national tax administration platform, relative to its operational efficiency, tax policy and practice integration, internal work flow mechanisms and more concerted leadership on tax transparency and compliance issues.

“We still no doubt have much more work to do to conclude the question of the integration of Customs into the Revenue Authority and codifying and operationalising the single tax payer IT system. But, I am extremely confident that the BRA will deliver many decades of excellent and proficient service to the people of Barbados,” he stated.

The Minister expressed the view that the presence of the BRA had added more than an additional one per cent of GDP in value to the economy in its first year of operation alone.

During the opening of the five-day meeting, being held at Hilton Barbados Resort, Mr. Sinckler said Government had been pursuing an intensive programme of fiscal consolidation to bring its revenue and expenditure more in alignment, and bring about tax and financial administrative reform across the public service.

“Both of these processes are at advance stages of implementation and with varying degrees of progress and success,” he stated. He pointed out that no one had come forward with a more comprehensive or workable alternative to what Government had put forward and was implementing.

“It is not satisfactory to say I don’t like this or I don’t like that, or that this is not working or that will not work, if at the same time you cannot proffer a comprehensive, logical and credible alternative,” he argued.

Mr. Sinckler said it was important for tax administrators to take as “absolutely critical” their function of advising Governments on the most efficient and equitable ways to devise, impose and collect national tax revenue.