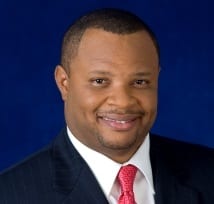 Mr. Speaker, just over 25 years ago I had the opportunity to sit in close proximity to an unfolding set of circumstances facing Barbados and Barbadians regarding some deep challenges confronting the country’s economy.

Sir, as a very young 23-year-old man, practically fresh out of the University of the West Indies, I was thrown in at the deep end of what was then considered to be the worst economic crisis to hit Barbados in the post-independence period.

Things appeared pretty grim.  Our deficits on external and internal current accounts had reached dizzying and unsustainable heights.  GDP growth was in negative territory and the delivery of public goods and services was facing significant challenges.  Government had exceeded its legally stipulated borrowing limits on the Ways and Means Account at the Central Bank of Barbados.

But perhaps most worrying of all was the stark reality that the country, on its then trajectory, was heading for a certainly devastating devaluation of the Barbados Dollar vis-a-vis the US dollar as Foreign Reserve levels at the Central Bank had been almost exhausted.

As you could imagine Sir, for even the most experienced public and private sector practitioners in Barbados, far less a newcomer like myself, this was a chilling set of circumstances to face, and one that frayed the nerves of many across the country as Barbados came to grips with the sheer magnitude of the problem.

Naturally, as is an ever-present feature in these situations, the blame game was in full force with both government supporters and detractors trading accusations and spinning political webs as to who or what was to blame for the crisis.

Voices from the private sector, some of them ever ready to denounce public sector management capabilities in running the country, eagerly offered up their version of salvation, varying as it were from the privatization of everything that moved in government, to less formal requests for the introduction of “government by committee”, populated of course, with a ready supply of “wise men” from the private sector.

On the other hand, our colleagues in the labour movement, then populated by mature, highly trained but equally militant leadership, pressed a clear, consistent and reasonable case for the protection of the gains of workers and their seminal right to be at the centre of any conversation for national reform, repair, and ultimate resuscitation.

Ministry of Finance and Economic Affairs