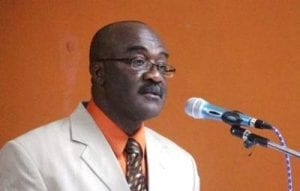 Barbados’ fire officers have been called upon to embrace the concept of change.

This call was made by the Chief Fire Officer, Errol Maynard, as he addressed an awards ceremony and dinner at the Savannah Hotel to honour fire officers who stood out over the last year.

He highlighted the successful opening of the Barbados Fire Academy; the acquisition of new fire appliances; and a reduction in the number of fire calls, to the efforts of the officers and ongoing programmes.

“I commend your efforts and hard work and encourage you to keep moving on… You have not only changed… but you have also grown. Your growth, on the other hand, is incremental, a steady movement forward to a new norm, a higher plateau before the next change event. I suggest to you that change in all its forms should be used as a tool for growth and development,” he said.

Noting that growth took time and needed motivation, Mr. Maynard implored the officers not to let their emotions overpower their intelligence, regardless of the situation.

“Emotion may be stoked or influenced by negative or positive triggers. These triggers may be friend, foe or family. It does not matter what is the trigger, your intelligence must always determine your response,” he maintained.

In delivering the feature address, Psychiatrist Dr. Cyralene Bryce commended the Fire Officers for their “excellent work”, and encouraged them to continue raising the bar while taking care of their mental health.

However, Dr. Bryce stressed that being mentally and emotionally healthy did not mean that a person would not go through bad times or be free from depression.

Appreciation Awards were also given to Dr. David Byre, Dr. Cyralene Bryce and Winston Chase, for work done with the Service throughout the years.