Firemen Reminded To Put Others First 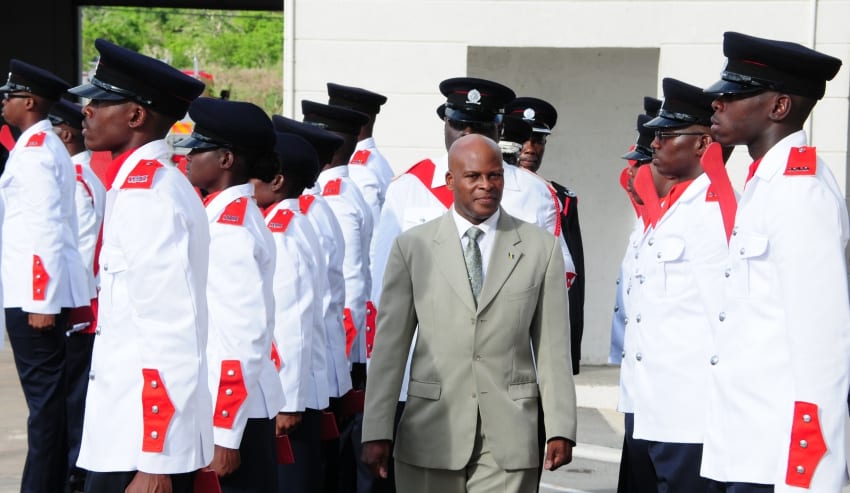 Minister of Home Affairs, Edmund Hinkson, inspecting the troops at the 38th passing out parade and award ceremony for fire officers at the Barbados Fire Academy in July. (FP)

Firemen across Barbados are being encouraged not to become complacent or depend on the words of men to lift or build them up.

Addressing the third annual awards ceremony and dinner of the Barbados Fire Service (BFS) at the Savannah Hotel on Saturday night, Minister of Home Affairs, Edmund Hinkson, reminded them: “…Always remember that you signed up to do for others first; that you declared when becoming a fire officer that you were ready to make the ultimate sacrifice.”

He also encouraged the awardees to continue “to burn brighter, keep your lamps full of oil and for the younger ones, keep your batteries charged so that you may always be a beacon”.

Mr. Hinkson also cautioned them that while they may not agree with every decision made, they should never degrade their Department [publicly], but discuss and deliberate and make decisions that will maintain the dignity of the organization.

Meanwhile, Fire Officer Henderson Nicholls, captured the Innovation Award; while the St. John and Bridgetown Fire Stations received the Bravery Award after jointly executing a rescue of a man who fell into a well over 100 feet deep.

In addition, 16 Fire Officers, including Deputy Fire Chief, Henderson Patrick, received the Deployment Award, having deployed to Dominica and Tortola in 2015 and again in 2017 after they were impacted by disaster.