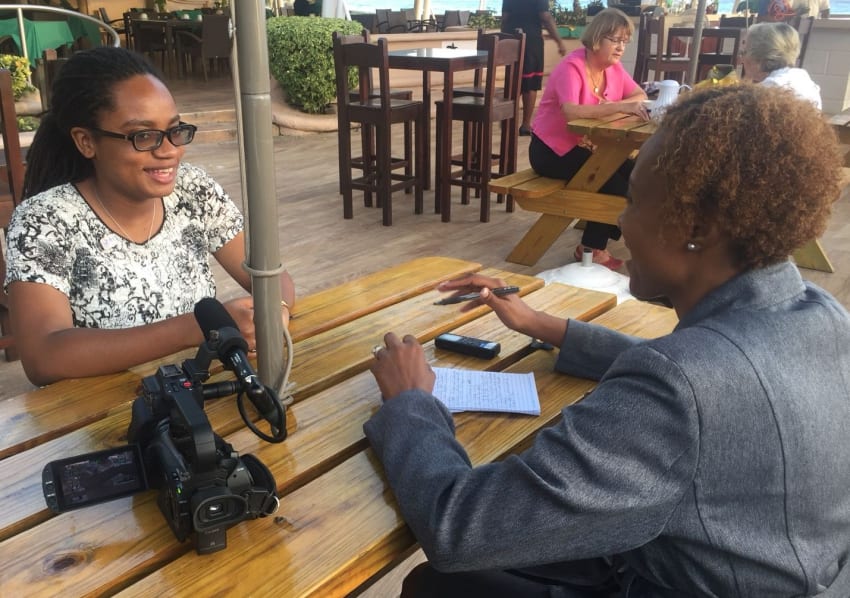 Dawn Springer spent an entire summer studying the basic characters of the Japanese language, and now it has paid big dividends for the unassuming 21-year old. She is now the chief Japanese interpreter for Nanyo City, Japan – the host town for the Barbados Olympic team for the 2020 Olympics in Tokyo.

She recounted her road there, and her experience in being the only known Barbadian interpreter living in the modern bustling city, during an interview with the Barbados Government Information Service.  This followed a courtesy call between the Mayor of Nanyo City, Takao Shiraiwa, and the Minister of Foreign Affairs and Foreign Trade, Senator Maxine McClean.

During the courtesy call, the former Queen’s College student, who hails from Husbands, St. James, impressed the Minister and Permanent Secretary, Cecile Humphrey, with the fluency of her oral Japanese, despite initial “butterflies” about her confidence in speaking the language.

And, while relaxing at Accra Beach Hotel following a hectic day of meetings and visits to some of the island’s sporting facilities, the Host Town Promoter recalled that her initial interest in Japanese began while watching the popular Anime Japanese Animation, as a student in Lower Sixth Form at Queen’s College.

“I used to watch them [animation] with Japanese audio and English subtitles. Reading with subtitles is kind of annoying, so I wanted to be able to hear and understand.  So, I went online and in the Google search engine I typed in Learn Japanese Online and I started learning the easiest characters and I wrote the script in a notebook.  I spent the whole summer walking around the house practising the sounds,” she said.

Dawn continued: “My mom saw me and she said to me, if you are going to study, you should study properly.  She sent an e-mail to the Embassy of Japan in Trinidad asking if there was any Japanese person in Barbados who would be able to help me learn the language and they said yes, and they gave my mom the e-mail address and it so happened that she was a Japanese language teacher. After we met, she agreed to teach me.  We started doing one-hour lessons once a week and that continued up until I got into university to study Spanish.” 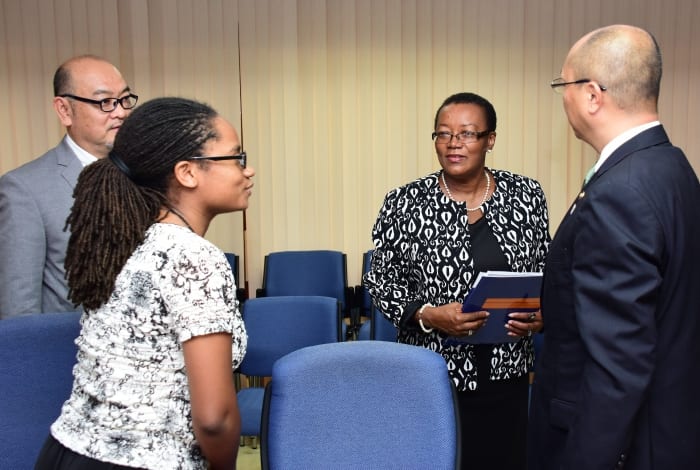 While a second-year student at the University of the West Indies (UWI), Cave Hill Campus, Dawn went to Japan for one year via the University’s exchange programme.  She was the first student from UWI Cave Hill to do so.

Currently, there are no Japanese courses being offered at Cave Hill.  She has expressed thanks to her professors for allowing her to complete the elective credits in Japan, and the core courses on her return to Cave Hill.

Dawn fell in love with not only the Japanese language, but their culture as well.  She did extensive research on their customs and went with no preconceived notions, based on anecdotal information about the country.

“I figured I would go there with a blank slate and let Japan tell me how they are, so I didn’t have much of a culture shock,” she stated.

When she graduated from the UWI, she had no concrete career plans, and on the advice of her parents, she returned to Japan and completed the language proficiency exam, which she aced.

Following her studies, she landed a part-time job, but the big break came when she received a call from the Embassy of Japan in Barbados. She was being given the opportunity to share information about Barbados to a city that was earmarked as the host for the Barbadian Olympic team.

After the conversation, she landed the job and an opportunity of a lifetime. “The two officials came from Nanyo and they met with me.  At first, it was more of me telling them about Barbados and then they said ‘would you want to work with us?’  I said I am looking for a job; of course I want to work with you!” she exclaimed. 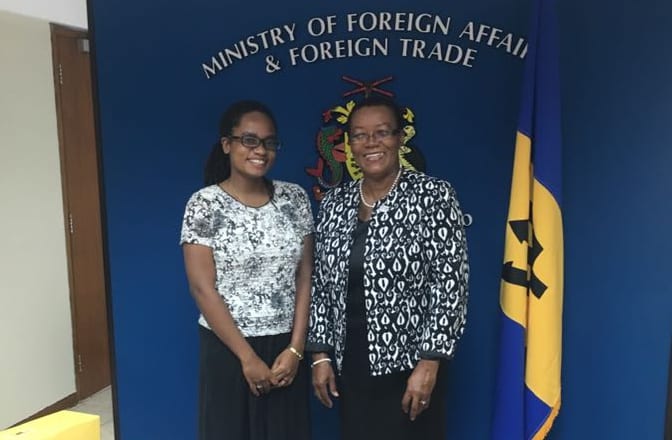 Dawn added: “At first it was a tentative thing, but then it started to get more and more serious and then they said we are going to hire you from October [2017].”

Still in disbelief about her good fortune, Dawn intends to take the role seriously, and to make Barbados proud from the other side of the continent. “Honestly, I was a little scared because I thought why would they choose me to bear all this responsibility? I am just a small child who does not know what’s going on,” Dawn quipped.

She had a special message for young persons like herself who are looking for opportunities, but have encountered challenges along the way.

“Look outside Barbados. It may be daunting because people are uncomfortable to leave something they are familiar with. But, in unfamiliar places a lot of interesting things happen.  I have had a lot of adventures and I’d definitely recommend it,” she said.

It has been a whirlwind experience for Dawn in an Asian City where the population of Asians far outstrips black people. Although she has had a few unpleasant experiences, the positives far outweigh the negatives, and the bubbly Host Town Promoter is eagerly waiting to host the Barbados 2020 Olympic team in Nanyo.

(Article written with the assistance of Stephanie St. Hill – stephanie.st.hill@barbados.gov.bb)