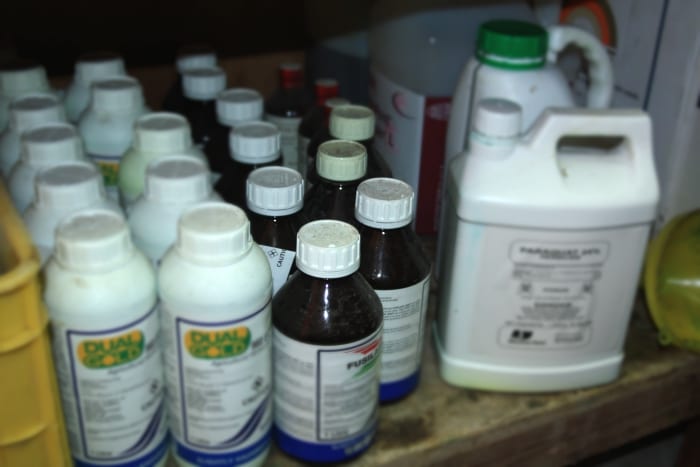 Barbados, Grenada and St. Lucia are seeking to sign on to and ratify the Rotterdam Convention, as a means of enhancing their efforts relating to chemical and pesticide management.

The Convention is an international, legally binding Multilateral Environmental Agreement (MEA) that supports countries in making informed decisions regarding the importation of certain hazardous chemicals and pesticides. It also gives developing countries a strong voice to raise their concerns about severely hazardous pesticide formulations on the global platform.

Consequently, over 40 stakeholders gathered at the Hilton Barbados Resort this morning, for the opening of a two-day sub-regional workshop hosted by the Government of Barbados, in collaboration with the United Nations Food and Agricultural Organization’s (FAO) Rotterdam Convention Secretariat.

Addressing the opening session, Barbados’ Deputy Chief Agricultural Officer, Chelston Lucas, described the workshop as timely. He noted that the Caribbean needed to build capacity in pesticide and chemical management.

“Concerns arising from climate change; the interest of national security by non-conventional methods such as chemical and biological devices; the pressure to encourage high food production yet ensure that it is safe for consumption, are but a few of the issues that are indirectly affected by chemicals management.”

It is against this background that Mr. Lucas said that a collaborative approach was required in order to protect the health of the region’s people and preserve the environment.

“Thus, it is anticipated, by the countries here today, that this workshop would allow us to transition to the status of ratification. In so doing, access to relevant information from countries worldwide which have assented to the articles of the convention would contribute to the decision making process and by extension impact pesticide management,” he added.

The FAO’s Sub-Regional Coordinator and Representative to Barbados and the Eastern Caribbean, Dr. Lystra Fletcher-Paul, underscored the importance of ratifying the Rotterdam Convention.

She pointed out that Caribbean countries were particularly vulnerable to pesticide and chemical hazards due to their “size, limited human and financial resources and inadequate regulatory systems managing pesticide importation and use”.

She, therefore, urged the participating countries to put the legislative requirements in place so the Convention could be ratified.

The Rotterdam Convention Secretariat’s Agricultural Officer, Aleksandar Mihajlovski, noted that any such hazards could severely impact the agricultural sector, and expressed the hope that Barbados, Grenada and St. Lucia would ratify the Convention by next year.

The two-day workshop, which ends tomorrow, Thursday, February 8, was organised after Barbados, Grenada and St. Lucia expressed interest in ratifying the Rotterdam Convention. The aim is to sensitise the three countries on obligations and provisions set out in the Convention for the management of hazardous chemicals and waste, from production to disposal.