Focus On Children, Not Just Curricula 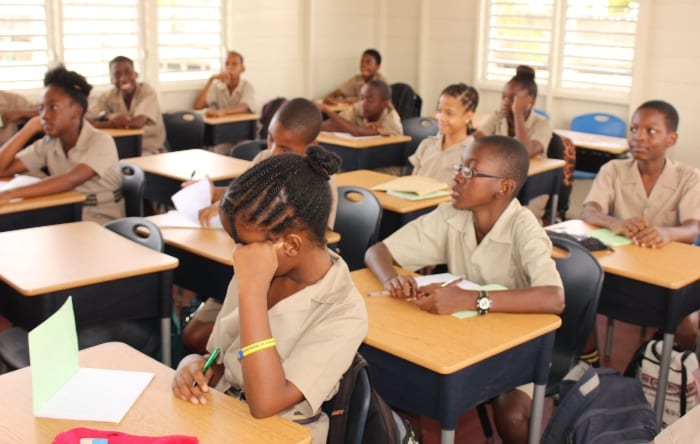 Member of the CARICOM commission to develop the Regional Education and Human Resource Development (HRD) 2030 Strategy, Dr. Martin Baptiste, has warned against trying to simply “cover the curricula” as a gauge of students’ success.

Speaking yesterday at the national consultation on the draft strategy at the Caribbean Examinations Council’s headquarters, Dr. Baptiste, who is also an Education Specialist with the Caribbean Development Bank, stressed that focus should be on ensuring every child understood and attained some level of mastery at the end of the school year.

Declaring that there must be a fundamental change in how education is viewed, he said: “We need to understand that within the area of pedagogy, we need to focus on mastery as the prevailing concept that drives what happens in the classroom.  It is not enough to simply present a lesson.”

Noting that the region’s education system has largely been elitist with students segmented at the secondary school based on abilities in very limited areas of numeracy and literacy, Dr. Baptiste said the other intelligences were not properly represented.

“So, across the region, the child who is very good in the cultural intelligences or the kinesthetic or the motor intelligences, that child, if he/she is not careful, would find him/herself underachieving and ‘not quite intelligent’ because the system we have now does not allow him/her to demonstrate the skill or the genius that he/she has because we have put a system that is very much restrictive,” he continued.

Also, putting it in the context of the Regional Education and HRD Strategy 2030, Dr. Baptiste said this meant that for the next 30 years, the region needed to talk about reconfiguring the educational system to address the needs of the 70 per cent not being catered for.

“The top 30 per cent always does well…and we need now to move to the excluded, the vulnerable, to those at the risk because that is exactly where both the economic and social cohesion in our society now resides. Those are the ones who [have] a level of frustration and are not being properly nurtured, … the ones that present the greatest risk to themselves, to their families, to the society and to the economy,” he stressed.

To this end, he said part of the Commission’s work was to ensure that the region determined how in the next three decades it could mobilise and maximise the potential of every citizen.