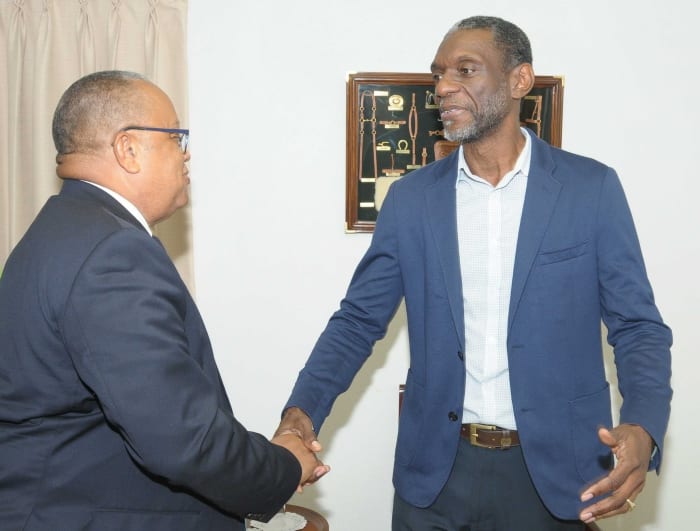 The Caribbean Examinations Council (CXC) is a critical institution to CARICOM and, as a result, Barbados is interested in its effective longevity and functioning.

This was one of the conclusions reached following a recent courtesy call on Minister of Foreign Affairs and Foreign Trade, Senator Dr. Jerome Walcott, by CXC Registrar, Glenroy Cumberbatch.

Mr. Cumberbatch shared the CXC’s plans to offer qualifications to the Caribbean diaspora in the United Kingdom and possibly the United States of America, as well as the regional organisation’s goals to eventually expand into Africa.

In response, Senator Walcott mentioned that the Foreign Affairs Ministry was keen to establish a mission in Africa. The two officials also discussed regional integration; the use of technology in education; and the variety of subjects offered by the CXC.