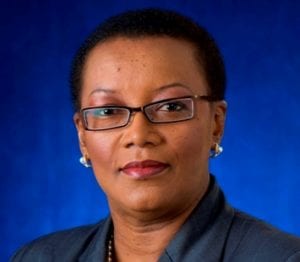 Minister of Foreign Affairs and Foreign Trade, Senator Maxine McClean, has praised the long-standing diplomatic relations between China and Barbados that have resulted in a strong and rewarding partnership.

The Minister pointed to the successes of the partnership over the last four decades, while delivering an address at the Chinese Ambassadors’ Awards ceremony at the Chinese Embassy, Rockley, Christ Church, recently.

She told the gathering that the two countries have fostered successful high-level dialogue, close cooperation in the regional and international for a, as well as a broad legal framework.

Senator McClean added: “Our economic cooperation is expanding, and so are our cultural, scientific and educational ties.  There are also increasing investment links and people-to-people contacts, and these have all redounded to the benefit of both countries.”

The Minister noted that Chinese cooperation with Barbados had enriched the Barbadian society in many ways, particularly in the areas of sports, culture and education.  She also mentioned the establishment of the Confucius Centre and the recent refurbishment of the Garfield Sobers Gymnasium as other examples of cooperation.

“We look forward to completion of the work on the Sam Lord’s Castle and Hope projects that will serve to enhance the tourism and agricultural industries respectively,” Senator McClean added.

The Minister of Foreign Affairs expressed gratitude to the Confucius Institute and the staff at the Embassy of the People’s Republic of China for the tireless work and effort to expose the people of Barbados to Chinese culture and language.

Senator McClean also praised the efforts of former Chinese Ambassador to Barbados, Wang Ke for her commitment to the Confucius Institute and its work.