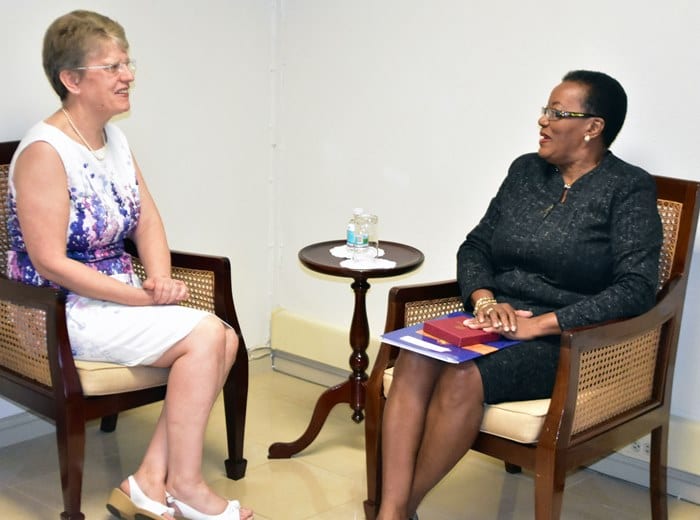 Minister of Foreign Affairs, Senator Maxine McClean, has thanked the new British High Commissioner to Barbados, Janet Douglas, for the United Kingdom’s (UK) assistance with the Regional Security System (RSS) and the training of local law enforcement and military officials.

Senator McClean told the envoy that the UK had been doing “very good work” and its assistance would continue to be very valuable to the Government and people of Barbados.

High Commissioner Douglas said the UK was “equally delighted” to be working with the Government in respect of the RSS initiative to provide the necessary help and resources.

The discussion also focused on the implications which could arise from Brexit, and the possibility of reviving post-graduate programmes which enabled Barbadians to travel to the UK to pursue studies in medicine, engineering and architecture.