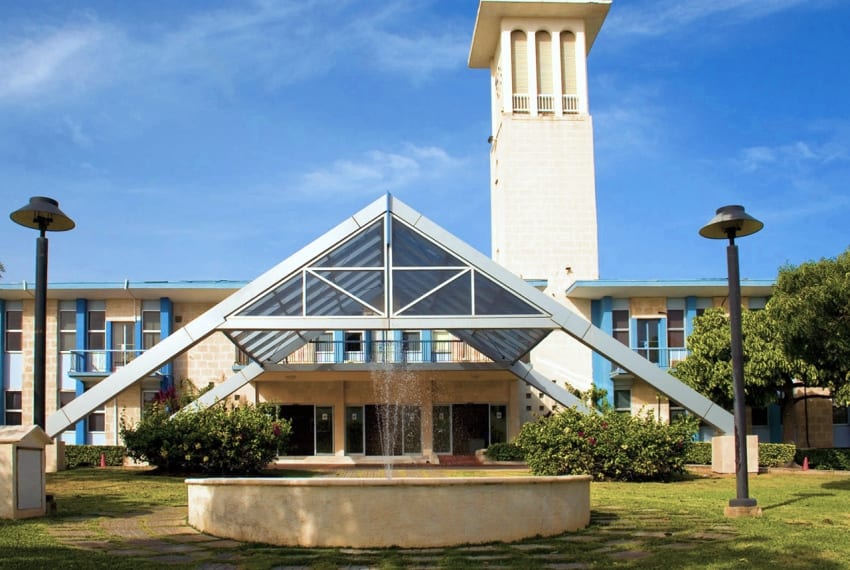 From September, this year, students pursuing full-time or part-time undergraduate programmes at the University of the West Indies, the Barbados Community College and the Erdiston Teachers’ Training College will have their tuition fees paid by the Government of Barbados.

Minister of Education, Technological and Vocational Training (METVT), Santia Bradshaw, made the announcement via a Ministerial Statement yesterday, in the House of Assembly during a sitting of Parliament. The move satisfies part of Government’s Mission Critical Agenda: No. 2 and No.14, she explained.

It also marks a reversal of a decision by the previous administration back in 2013, which required that students pay their own tuition fees from the 2014/15 academic year while Government covered the economic costs.

Ms. Bradshaw said the restoration of paid tuition fees for students at the UWI by Government was a critical measure which was necessary to stop social decline, alleviate suffering and build the foundation of new national growth. She maintained that a stagnant economy could not be revitalized without “a trained, empowered, equipped workforce nor can it be revitalised with heavily indebted consumers”.

The Education Minister further espoused that Government desired to boast, once again, of having at least one graduate in every household in Barbados. Additionally, she pointed out that with the Cave Hill Campus and other regional campuses offering a range of programmes in entrepreneurship, business, management and leadership, they were also hoping to have an entrepreneur in every household, noting this was not the time to “complicate access to the UWI but to facilitate it”.

Ms. Bradshaw broke down the arrangements for the tuition policy as follows:

“Government will also pay the tuition fees for Barbadians pursuing post-graduate studies if they gained at least upper second-class honours in the first degree or if the post-graduate studies will be of significant relevance to national development. A full list of the national development programmes will be considered for the 2018/19 academic year and will be made known by Friday 3rd August 2018;

The Ministry of Education will reach out to Barbadian students who have dropped out and encourage them to resume their tertiary studies;

“The Government will allow an additional year beyond the normal period of the course of study, in consideration of unforeseen circumstances that may force students to repeat a year. In other words, for students pursuing full-time studies, Government will cover tuition fees for three years plus one i.e. four years and for part-time studies, four years plus one, i.e. five years;

Ms. Bradshaw said Government was cognisant of the public lobbying to have Barbadian students of the Barbados Community College and Erdiston Teachers’ Training College brought in line with students of the University of the West Indies where payment of tuition was concerned.

“Government holds the position that the said provision offered to Barbadian students at the UWI should also be offered to other Barbadian tertiary students undertaking undergraduate programmes at both the Barbados Community College and the Erdiston Teachers Training College with immediate effect,” she stated.

The Education Minister reinforced the point that there was “strong justification” for a consistent tuition-support policy in tertiary education and training, saying it was only “logical and fair”.

To download a copy of the statement by Minister of Education, Technological and Vocational Training, Santia Bradshaw, you may click here.