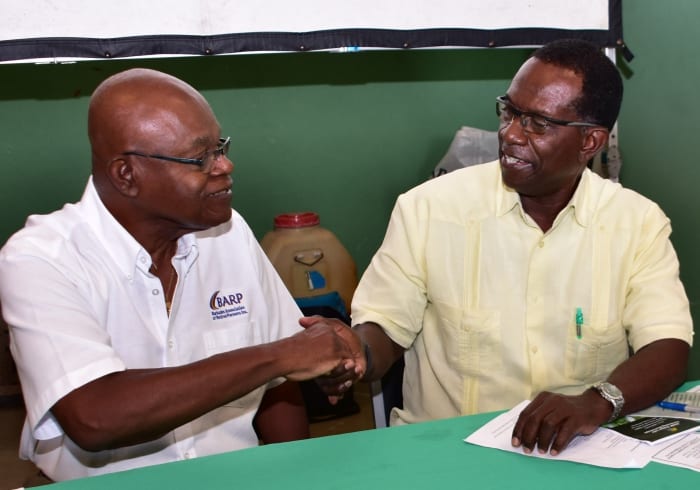 If householders grow more of what they eat, over time they could not only help in the revitalisation of the agricultural sector, but also gradually reduce the need to import certain vegetables, herbs and fruits.

Deputy Chief Agricultural Officer (CAO) with responsibility for crop production, Leslie Brereton, expressed this view at the opening of a four-part workshop series on plant care for members of the Barbados Association of Retired Persons (BARP).

It was held at the Caribbean Agricultural Research and Development Institute’s (CARDI) facility, located at the Ministry of Agriculture’s Graeme Hall, Christ Church offices.

Mr. Brereton therefore made a fresh appeal for people to return to backyard gardening, as he re-emphasised Barbados’ worryingly high reliance on imported food.

The Deputy Chief Agricultural Officer also sought to dispel the belief that a person must have large plots of land in order to grow crops.

Noting today’s session focused on growing local herbs, he told the attendees that the knowledge gathered on growing these plants in old tubs or other containers could be applied to growing, for instance, carrots and green leafy vegetables.

He also disclosed that the Ministry of Agriculture had provided an area of land at Bullens, St. James, so that the association’s members could receive hands-on experience in that aspect of backyard gardening.

The workshops are being conducted by the Food Crop Research and Development and Plant Protection Departments in the Ministry of Agriculture, Food, Fisheries and Water Resource Management.

Sessions will be held every Tuesday and Thursday until February 20.