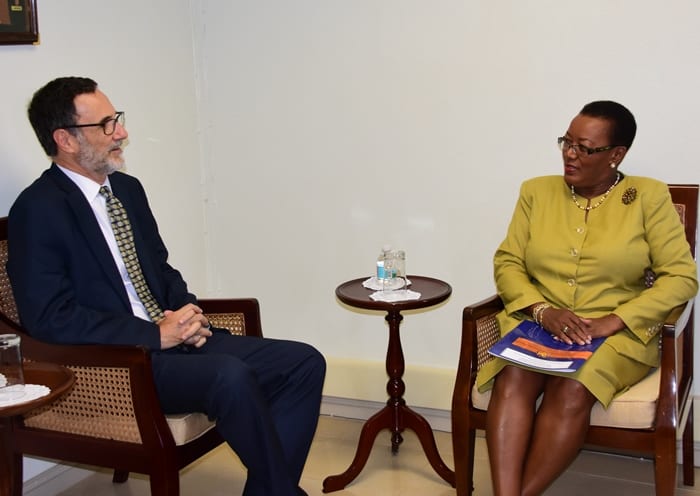 Barbados has been assured that the friendly relations it has cultivated with Israel will continue.

Acknowledging that meetings with the island’s Prime Minister and others had convinced him of this, Mr. Amihai-Bivas said for Israel, there was now a better understanding that a great deal could be achieved in the developing world.

“There is a growing understanding that there is a lot of friendship here and in the framework of CARICOM; no doubt Barbados is a leading friend of ours,” he said.

The Ambassador noted that a lot was being planned for the Caribbean and Latin America in the coming years, including high-level meetings with CARICOM leaders, business meetings, as well as film festivals and concerts. These efforts, he added, would continue to be supported by his successor.

Senator McClean, in expressing gratitude for the assistance provided by Israel over the years, made special mention of the cooperation in the areas of health, agriculture and water management.

She also spoke of the importance of entrepreneurship and noted that the cultural industries, information and technology and vocational and technical training were all areas which Barbados and Israel could explore with a view to cooperation.

The Foreign Affairs Minister wished Ambassador Amihai-Bivas the best in his new assignment, and expressed the desire to continue working with his successor in building the relationship between the two countries.