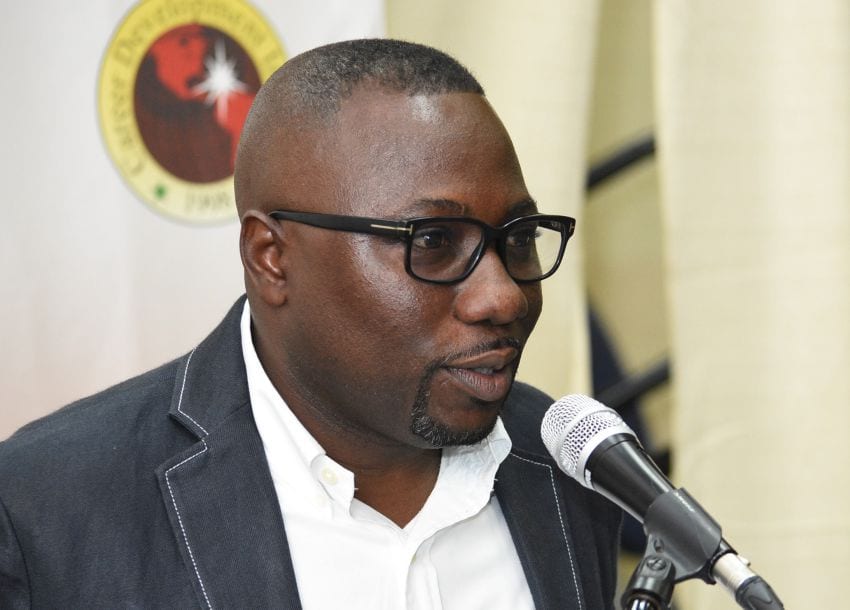 FundAccess has been hailed as a beacon for micro and small entrepreneurs and enterprises in Barbados, by Minister of Small Business, Entrepreneurship and Commerce, Dwight Sutherland.

This acclaim came last Saturday night as he delivered remarks at the department’s Mix and Mingle session for clients, dubbed Pride in Industry, which was held at the Hilton Barbados Resort, Needham’s Point, St. Michael.

Explaining that FundAccess was established in 1998 to fill a void created with the closure of the Barbados Development Bank, Minister Sutherland noted that its aim then would have been to offer sustainable financial development to clients.

Emphasizing the role it continues to play in the economy, he added it should be applauded for providing financial guidance and financial options for small businesses.

Mr. Sutherland, who admitted to being an advocate for “championing the cause of entrepreneurs in this country” and to doing so with a view to enhancing and changing the path of our economic struggle, stressed: “Whatever we do, we must understand that we are doing it with a view to enhance and to grow businesses. Our Government’s mandate is to revive this economy; this damaged and battered economy from the bottom up and we can only do that with the help of FundAccess….

“So, when I Iooked at your role of empowering 1800 clients, so far, and being a conduit for some 2200 jobs – you don’t provide that, but you have been a conduit because when you empower these enterprises, the micro and small enterprises, you act as a conduit for the 2200 jobs.” He also noted that the organization was responsible for generating some $56 million in revenue, to date.

The Mix and Mingle session was designed to provide clients with opportunities to network, foster stronger ties and learn more about FundAccess. Lauding the department for the gesture, the Small Business Minister stressed it was all done with “a view to empower business and entrepreneurship”.

He suggested the need to relook and re-engineer their bylaws in relation to entrepreneurship and micro and small enterprises since what might have worked for the last 20 years might require “honing and fine-tuning” as the country seeks to build out these enterprises.

General Manager, Esther Lord-Graham, revealed that the funding agency had pumped over $5 million into the economy this year to assist entrepreneurs, some of whom had engaged in export activity, earning the country valuable foreign exchange.

She acknowledged that in the 20th year the value of loans had been the best in its history and noted that FundAccess’ clients continued to excel and it continued to touch and be involved in every economic sector in Barbados.

Encouraging clients to help spread the FundAccess message, Mrs. Lord-Graham urged: “Let other entrepreneurs and indeed Barbadians know what being a part of the FundAccess family has meant to you and your business. Help us to erase any doubt that may be lingering as to the valuable contribution that we have played in the Barbadian economy.”

Meanwhile, Chairman David Simpson added that almost $61 million had been disbursed over the 20-year period, and October 2018 proved a phenomenal period for loans being approved, reaching $1.4 million.

Congratulating staff on their “good work”, he opined: “I think that is reflective of the level of interest by the public and young entrepreneurs’ new businesses. And, we are happy that in the year, so far, we have been able to create 126 jobs across these businesses that have benefited from just under $5 million in revenue.