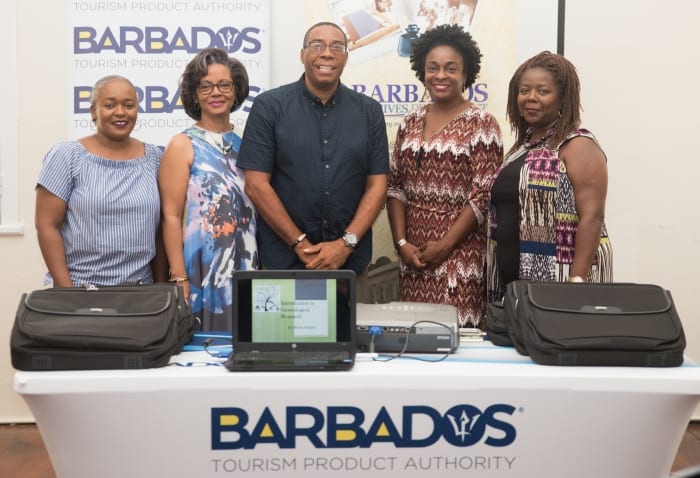 The Archives Department of the Ministry of Culture is now better positioned to carry out its mandate, thanks to a boost from the Barbados Tourism Product Authority.

During the second genealogy marketplace, held at the Archives Department, Minister of Culture, John King, received six laptop computers on behalf of the Department, which will be used to assist persons conducting searches for their ancestors.

Acknowledging the need for the services offered by the Department, he stated: “I see the Archives Department playing a vital role in the preservation of these aspects of our heritage. It is noticeable that this department is a critical but often undervalued resource.”

Pointing to Barbados’ rich history, the Culture Minister stressed that it was time that the sector be given its rightful place and attention within Barbados’ development strategy so that its economic potential might be fully explored.

Persons who are interested in having the opportunity to trace their lineage are invited to attend the next workshop, which will be held on Saturday, July 28.