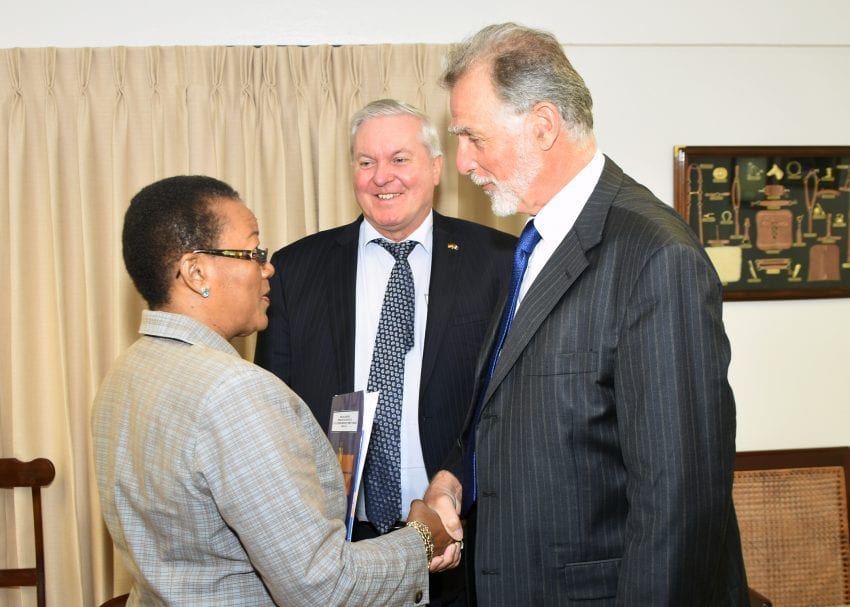 Germany’s Ambassador to Barbados, Dr. Lutz Görgens, recently paid a courtesy call on Minister of Foreign Affairs, Senator Maxine McClean, to mark the occasion of 50 years of bilateral relations between the two countries.

Ambassador Görgens stated that he was very happy to meet with the Foreign Minister to celebrate their 50-year relationship, which he described as “unparalleled and incomparable”.

A main focus of the conversation was protecting and preserving the island’s coastlines, which Senator McClean noted was of critical importance to Government.

Dr. Görgens suggested that Barbados participate in the Caribbean Challenge initiative, a project geared at bringing together governments, companies and partners, to collaborate on accelerating action on the marine and coastal environment in the region.

The officials also discussed the challenges associated with regional marine and air transport, to which Minister McClean proposed that the region should cooperate and explore the idea of establishing a commercial ferry operation.