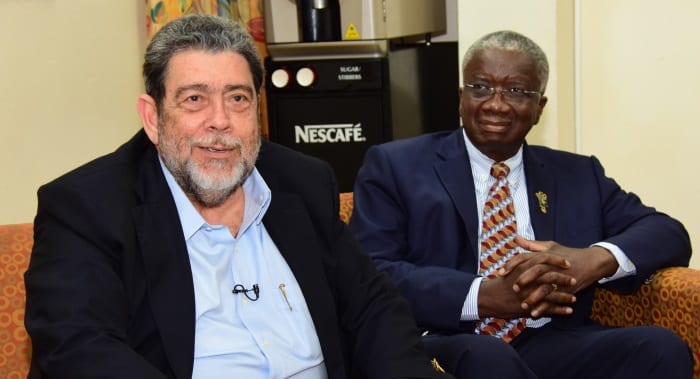 Chairman of the Majority Shareholder Governments of regional air carrier LIAT, Dr. Ralph Gonsalves, has identified “too many” bouts of illness by flight crew, as one of the major challenges plaguing the carrier.

Speaking Wednesday during a wide-ranging press conference at the Lloyd Erskine Sandiford Centre, Dr. Gonsalves, who is also Prime Minister of St. Vincent and the Grenadines, told reporters that while he and the other shareholders of LIAT Limited acknowledged its “strengths and possibilities”, they also had to look at the limitations and challenges the carrier faces.

“We have too many cancellations caused by illness of flight staff and crew.  Most of the flight crew, the overwhelming majority of them, are fit and hard workers and smart workers, but … we have too many bouts of illness, which result in cancellations.  We have, also of course, the challenge, as I indicated earlier, of a smaller number of aircraft serving essentially the same markets…,” he lamented.

Explaining that they also had “weak technology infrastructure systems” and some ground handling systems that were not optimal, the Vincentian leader noted that although frontline staff were “doing their best”, more training was required to ensure that they were “better able” to handle all of the challenges encountered in dealing with an airline like LIAT.

Admitting that the network, based on the number of routes and flights that the airline served, was a complicated one, the Chairman stated that the airline also had “some really good performing routes”.

“You know when you go on your hit parade you have your top 10, well we have a top 10 also…our top 10 routes.  But, we also have routes that are non-performing in the sense of generating negative contribution margins,” he said.

The Prime Minister disclosed that the priority actions to be taken by Management at LIAT included stabilising the schedule by resolving operational challenges; taking action to reduce crew sickness; and communicating in a “sensitive” way with the workers, pilots and other professionals.