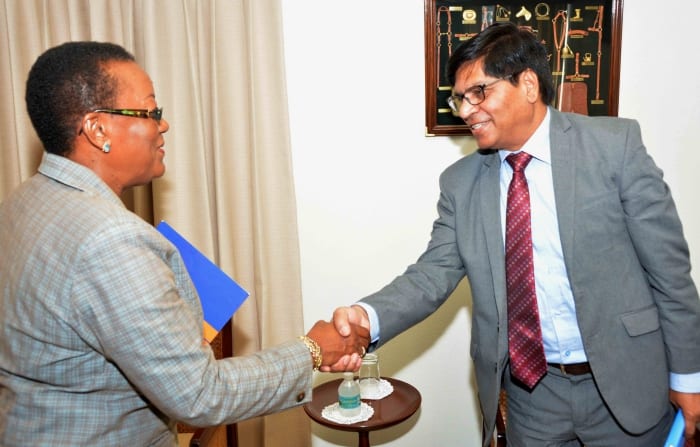 India wants to continue its “very good relations” with Barbados.

Mr. Kumar said India enjoyed a good relationship with Barbados and was focused on improving those relations even further.

Senator McClean thanked the High Commissioner for his kind words and shared Barbados’ interest in collaborating in the area of film.

She explained that India had a very successful film industry and it would be useful to explore the idea of hosting a joint film festival. The Minister also suggested the introduction of a university exchange programme, through which film students could also benefit.

The Foreign Minister and diplomat also discussed arranging a Visa Waiver Agreement between Barbados and India.