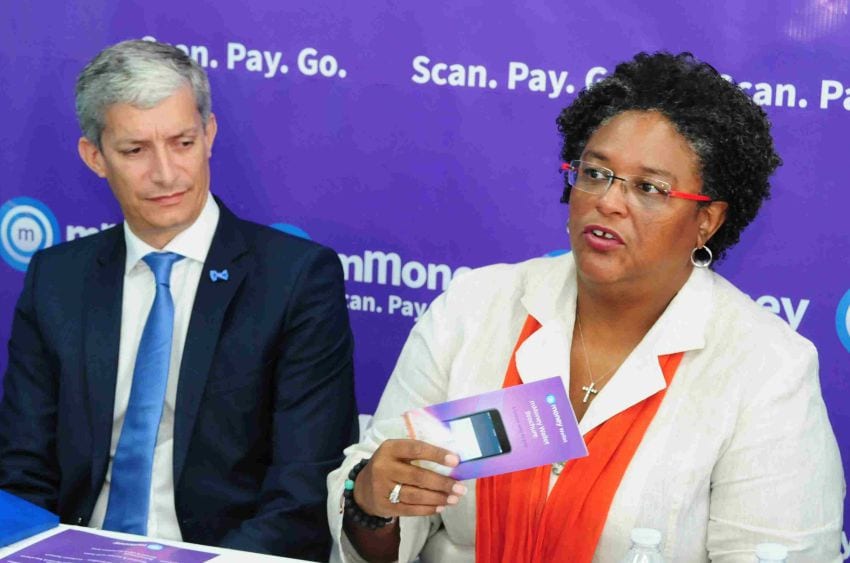 Government is committed to accommodating the most innovative technologies in finance.

But, according to Prime Minister Mia Amor Mottley, it would be done in a way that would never bring “contagion and risk” to the people of Barbados with respect to their savings.

She noted that on September 18 this year Government said there would be a regulatory sandbox here to accommodate Fintech [financial technology] and the Central Bank of Barbados (CBB) and the Financial Services Commission (FSC) announced the establishment of such a framework on October 23.

She continued: “Regulation must be appropriate to risk. If the entity is dealing with persons who are part of the financial cognoscente, who can understand the area in which they are playing, then the regulation of necessity would be much lighter.

“But if you are dealing with the coconut vendors and the other vendors who may know their trade but may not understand the deep details of financial markets, then we have in Barbados to protect the savings of the unsuspicious and those who may not be as financially knowledgeable as others. In the circumstances, we are not going to allow people to prey on them….”

Ms. Mottley said Barbados was global in its outlook and Government was satisfied that younger people understood the need to be global citizens, anchored by Barbadian roots. She added that the mMoney wallet was part of that equation and pointed out that digital money made people safer and business easier and more affordable.

“For businesses, the opportunity to have something that is not charging egregious fees is also a major competitive advantage for our enterprises, at the very time that we want them to be doing better…. If they can have a better level of competitiveness through lower transaction fees, that helps us at the end of the day.

“Even as we stabilize our economy we must find new ways of doing things and we must embrace new technologies in order to be cutting edge. The one thing technology allows us to do is to leap frog,” she stressed.

The framework for a regulatory sandbox will provide regulatory clarity for businesses offering viable and new financial technology (Fintech) products, services and solutions. The CBB and the FSC explained that the framework provides the parameters for businesses to test their offerings in a controlled environment.

“In a sandbox, the innovative product, service, business model or delivery mechanism is observed and tested within a restricted space that protects both consumers and the financial system from undue risk,” the Bank and Commission explained.

Describing the day as a “landmark” one, Chief Executive Officer of Bitt Inc., Senator Rawdon Adams, said the company’s aim was to use the payment solutions to drive financial empowerment and promote economic growth.

“It’s not an easy sandbox, it’s pretty robust; the company is going to be putting itself under…unprecedented scrutiny, especially for any company that I know about in financial services in Barbados,” Senator Adams stated.

He explained that the mMoney wallet allowed customers and merchants to pay and receive money in Barbados via a smartphone. He continued: “This product is faster, cheaper and more secure than the existing alternatives on the market…. We are…confident that by putting ourselves through such a level of detailed scrutiny that the two critical points for a regulator – protecting consumer rights and ensuring there is no systemic risk to the economy – we will prove that we satisfy both of those. In so doing, we hope to impart confidence on the part of the consumer to adopt and use our services.”

For more information on the sandbox framework visit www.centralbank.org.bb or www.fsc.gov.bb.