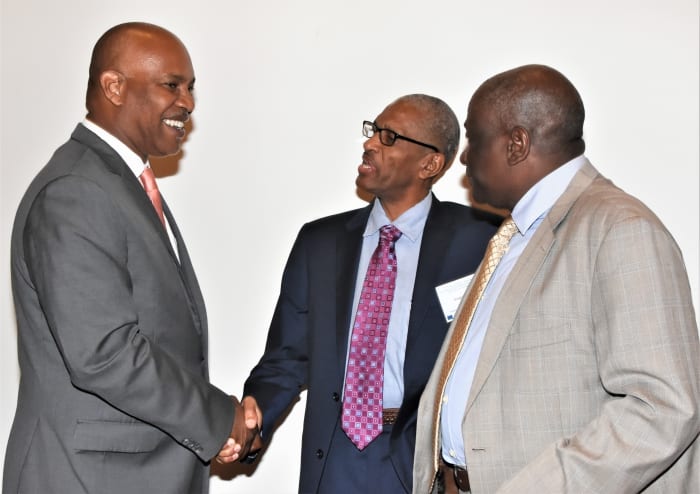 Attorney General and Minister of Legal Affairs, Dale Marshall, has pledged Government’s support and commitment to the Drug Treatment Court.

He made this pledge today during a Drug Treatment Court training workshop at the Savannah Beach Hotel. “This administration supports 150 per cent what you are doing. I can promise you that we will find the resources to assist you,” Mr. Marshall stated, adding that the Court could only achieve its true results if it had the full support of Government.

Meanwhile, he expressed concerned that the Drug Treatment Court’s presiding Magistrate, Magistrate Graveney Bannister, could only sit one day per month, and gave the undertaking that he would see how the Magistrate could spend a longer time in that particular court.

“We may have to make a few changes but I give you my assurance that I will make every effort to ensure that you will have an opportunity to devote more time to that area,” he emphasised.

These assurances came after Chief Justice, Sir Marston Gibson, outlined some of the challenges presently being faced by the Drug Treatment Court since its establishment in Barbados four years ago. “We need more people from the Probation Department to produce the reports; we need to get something as simple as a small refrigerator to keep the urine samples,” Sir Marston indicated.

The Chief Justice explained that the idea of a Drug Treatment Court emerged from the need to treat offenders for their addiction, rather than punishing them.

Meanwhile, the Organization of American States’ Representative to Barbados and the Eastern Caribbean, Ambassador Francis McBarnette, said Barbados would see just how well its Drug Treatment Court was doing during the course of the workshop.

He explained that the OAS/CICAD contracted the Centre for Court Innovation, based in New York, to conduct a diagnostic evaluation of the Drug Treatment Courts in Central America and the Caribbean.

“In the course of this workshop, we should receive their preliminary findings on Barbados. This information will be valuable to determine where gaps exist and the work we will do in the future,” he said.

The three-day workshop is intended to build capacity, and will allow participants the opportunity to listen and learn from those who have walked along a similar path.