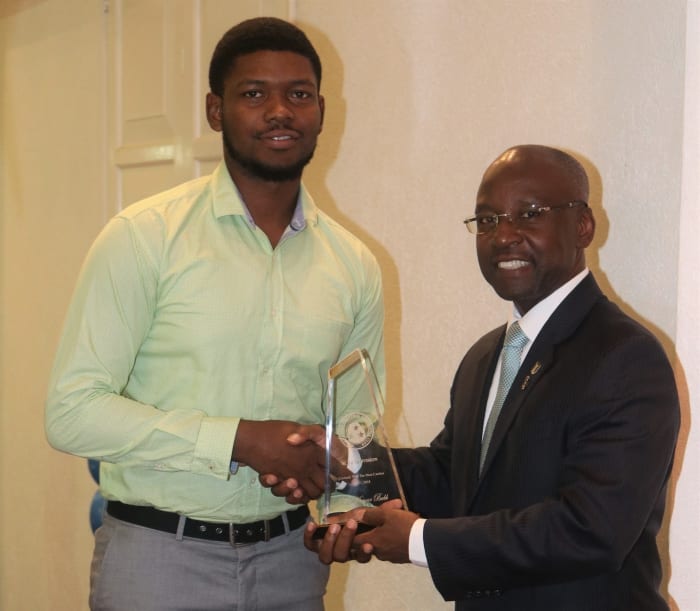 Through various initiatives, Government is seeking to further develop sports and the youth in Barbados.

Minister of Culture, Sports and Youth, Stephen Lashley, made this disclosure during his address at the recently-held North Stars Cultural and Social Club Awards Dinner at the Almond Beach Village in St. Peter.

Mr. Lashley stated: “In direct response to the economic and social benefits of sports to Barbados, Cabinet would very soon be considering a National Sports Policy that is designed to strengthen our sports focus as a nation and establish key linkages which are vital to the expansion of this important sector.”

Additionally, in an effort to enhance the lives of young people and provide opportunities to build community and pride, the Minister revealed that several community projects were designed and implemented by Youth Commissioners within his Ministry. He explained that approval had just been granted for one of these projects to be implemented in St. Lucy.

“The Ministry of Culture, Sports and Youth, responded immediately to the request of Minister (Denis) Kellman and through its Youth Development Programme, approved a grant of BDS $10,000 to Platinum Entertainment to implement the Youth and Culture Resource Development Project, in collaboration with Radar Sounds, from July 2018,” he said.

The Sports Minister went on to explain that the focus of this initiative was to teach the youth in the surrounding communities how to deal with conflict; increase awareness of lifestyle diseases; and to engage them in friendly rivalry to build relationships and enhance community cohesion.

One other initiative cited by the Minister as a major investment in the youth of Barbados is the National Community Sports Training Programme. Over the past five years, more the 5,000 young people have participated in this programme, which is implemented in various communities across Barbados. Additionally, training was conducted in a number of popular sporting disciplines such as football, cricket, road tennis and volleyball.

“All of these programmes require commitment and support from communities such as yours and I’m therefore extremely pleased that North Stars has been consistent over the years in its resolve to play its part in using sports as a transformational tool for the benefit of the communities in St. Lucy,” Mr. Lashley praised.

The North Stars Cultural and Social Club was established in March 1993 with the mandate to promote the educational, cultural and social life of the members and to provide service to the club and the community as a whole.