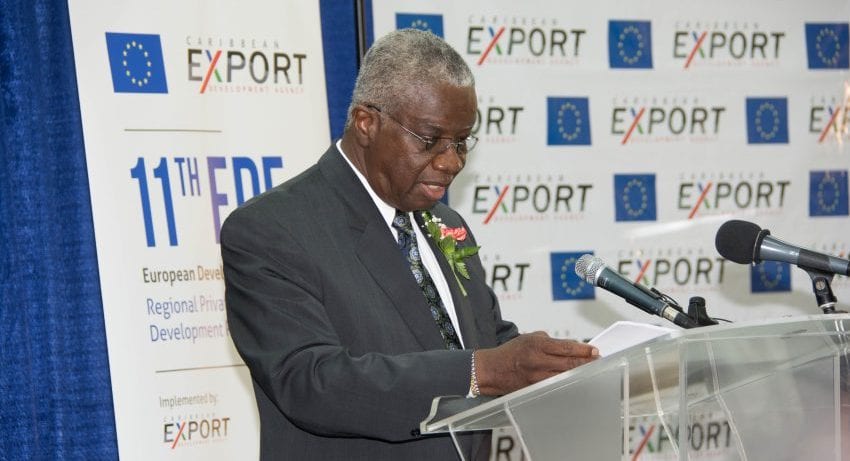 Government is actively exploring ways of improving business facilitation and this country’s competitiveness.

Mr. Stuart said that small open developing countries needed to earn foreign exchange in order to maintain and improve the quality of life of citizens and ensure their survival.

“The recent developments in the world around us: the events of 2007 and their enduring consequences; Brexit; and the effects of climate change, have all conjoined to make the environment even more challenging.  But we know that our resilience, demonstrated over the years, is testimony to our capacity to recreate ourselves and to overcome the odds,” he told his audience.

The Prime Minister stressed that private sector development in the Caribbean remained pivotal and suggested that exporters must continue to be empowered to penetrate global markets. According to him, enabling and strengthening the private sector was the most effective way of ensuring continued economic growth in this region.

He urged the regional private sector to be proactive and creative and seek to increase the number of projects that could be assisted to the next stage by the Caribbean Export Development Agency.

“Countries like Barbados need foreign exchange for almost every stage of our production in the various sectors.  But if we do not earn it, we cannot spend it without serious effects on our entire economy and society. For example, companies in the retail sector – which use a large proportion of foreign reserves in providing the goods that we both need and want – must be creative and explore how they can assist in producing more foreign exchange, through contributing in some way to our export thrust,” he insisted. 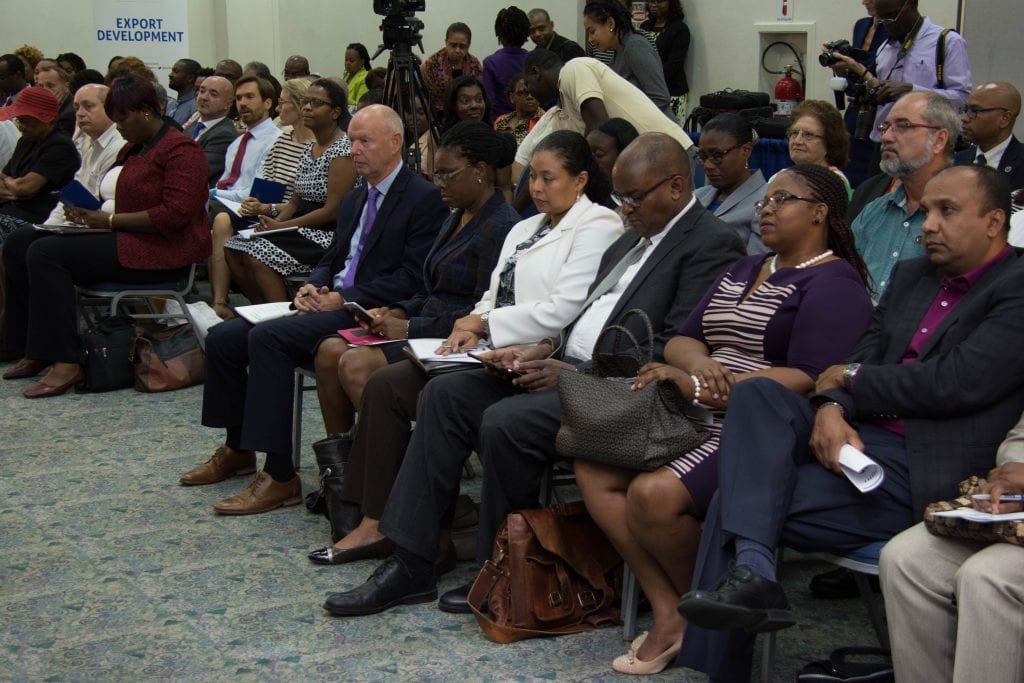 Mr. Stuart told the gathering that the signing was another clear indication of the EU’s steadfast commitment to the region, and its support of Caribbean Export in implementing programmes aimed at assisting the private sector in the Caribbean.

“EDF programming has contributed to job creation, revenue generation, and export growth, within the states of the Caribbean region… and it has boosted our capacity to compete with firms on the global landscape,” he pointed out.

Under the 11th EDF, focus will be placed on market penetration, supply chain and intelligence frameworks, increased access to finance, and the promotion of green energy and energy efficiency as key factors in lowering costs.

The overall objective of this programme is to, among other things, increase employment creation and reduce poverty in CARIFORUM states through targeted interventions that provide innovative frameworks for growth and development.