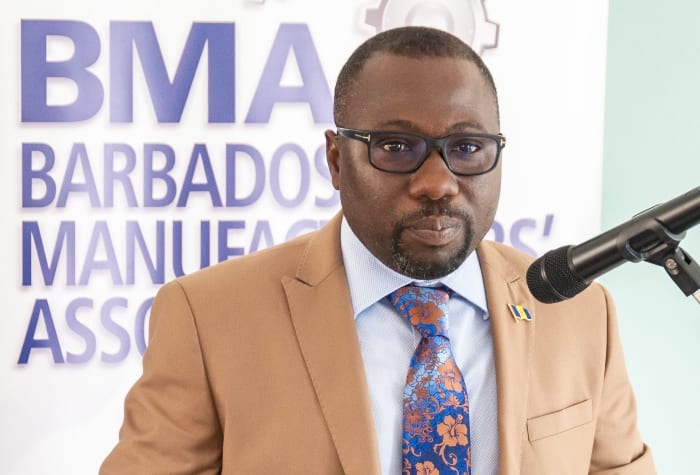 Minister of Small Business, Entrepreneurship and Commerce, Dwight Sutherland said this recently when he met with representatives of these organisations.

Noting that the St. George Farmers’ Market Cooperative Society Limited had within its body some 38 farmers, including poultry farmers, and employed nine persons, he said: “It is a way whereby people can provide for themselves, through association with the cooperatives. “Those 38 farmers, they feed their families; they provide produce; and critical to Barbados right now is driving our food import bill down.  I am one that strongly believes that the cooperative is the way to go.

“When you join together as a group your input costs can be driven down because you have more economies of scale in terms of bargaining power than if you do it by yourself.  And, indeed, over the years, I would have seen families benefiting from the whole profit sharing and the dividends paid out to small families, especially in rural Barbados as cooperatives.”

Acknowledging that he had asked the directors to consider expanding the facility, the Minister pointed out that they were operating in “a very small area”, while still catering to a wide cross-section of the St. George community and beyond.

Meanwhile, Secretary of the Cooperative, Oliver Catlin, agreeing that space was one of their biggest problems, said talks with the St. George’s Parish Church, which owns the land on which they are located, were already ongoing to address expansion, and he said he hoped they could double its current size.

On a later visit to the Barbados Pig Farmers’ Marketing Cooperatives Society, Mr. Sutherland stressed that both organisations were “very critical”, and called for small businesses to come together, as clusters, teams and cooperatives.  Adding that his visits would continue and could later include the taxi cooperative and those in poultry production, Minister Sutherland said it was his intention to visit every sector under his purview.

“Indeed, I am pushing for small businesses which are engaged in agriculture, root crop and poultry production to become part of the co-ops, whereby they can leverage their own business in terms of accessing finance, getting their products to market and receiving dividends and profit sharing.  This is very critical to building out Barbados’ economy, and also to providing food and finances for people,” he stated.