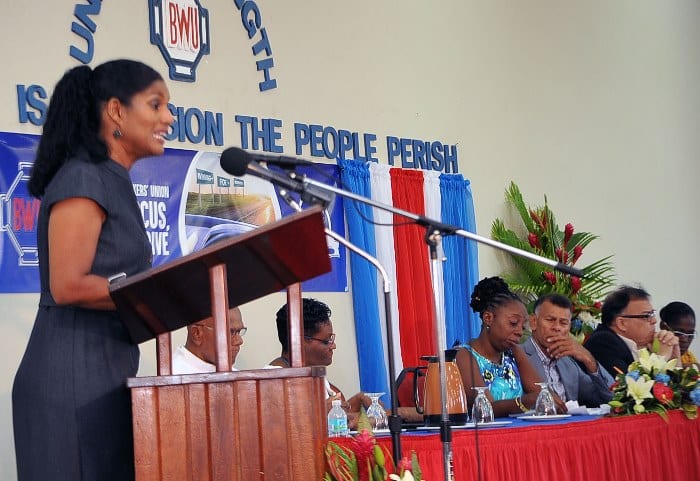 The Ministry of Labour is engaged in an ongoing effort to address youth unemployment in Barbados and has made skills development a priority.

The Minister told those gathered, “We have observed the need for new skills through the emergence of new sectors such as renewable energy; oil and gas; the cultural industries; and the expansion of traditional sectors such as information technology; and auto-mechanics.”

She noted that Government also recognised a need for new tools and training modalities to facilitate the implementation of these skills; and had therefore executed a number of initiatives in this regard over the past five years.

Minister Byer Suckoo stated, “Under the ambit of the Barbados Human Resource Development Strategy; the Inter-American Development Bank funded Skills for the Future Programme; and now the Strengthening Human and Social Development Programme, two major outcomes of these programmes will be timely and accurate labour market information on the skills needed in industry and the dedicated provision of training and employment services for the most vulnerable in society.”

She also expressed the view that these initiatives would aid in fostering more skilled and employable young people, poised for advancement in the job arena.

The Minister also lauded the BWU for its guidance in the execution of her Ministry’s projects; and their continual review of the Labour legislation. The BWU’s 75th Annual Delegates Conference was held under the theme: Clear Focus, Renewed Drive.