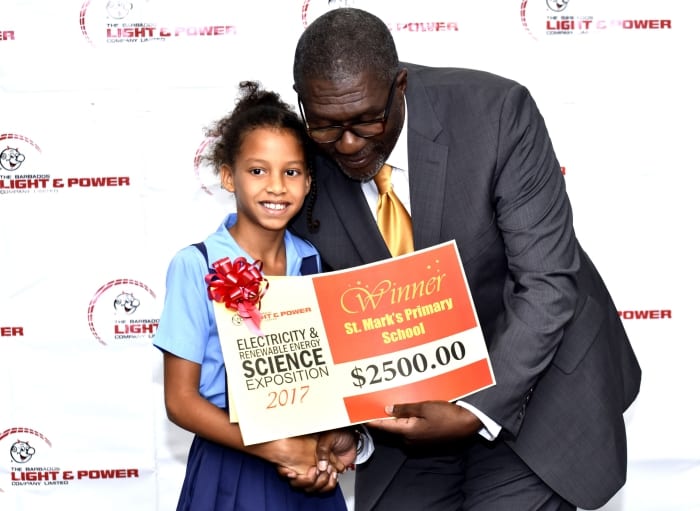 Government is extremely indebted to the Barbados Light & Power (BL&P) Company Ltd. for its sponsorship of the Electricity and Renewable Energy Exposition and the school exhibits at BMEX each year.

This was expressed by Parliamentary Secretary in the Ministry of Education Science, Technology and Innovation, Senator Harry Husbands, as he addressed a prize-giving ceremony for primary and secondary schools which participated in this year’s competitions. The ceremony was held in the Christie Conference Room at BL&P’s headquarters at Garrison, St. Michael.

Senator Husbands noted that Barbados’ education system was heralded for its many achievements but these came with a combination of activities and inputs from various sectors of the community that included the churches, the credit unions, Maria Holder Trust, the Sandy Lane Trust, the BL&P, as well as individuals.

Commending the BL&P as “a prominent and significant stakeholder” in education, he said: “We in the Ministry of Education and the Government of Barbados are grateful and thankful to the BL&P company for this sponsorship and we look forward to continued relationships, either in this form or in some other form, where the BL&P would continue to work with the young students in Barbados, particularly in the area of science and technology.”

He added there was a tremendous amount of goodwill in the community for education, for which Government was thankful.

As he congratulated the awardees, the Parliamentary Secretary noted that the stark reality was that the majority of jobs in terms of number, pay, compensation and ease of availability, all had to do with science and mathematics. 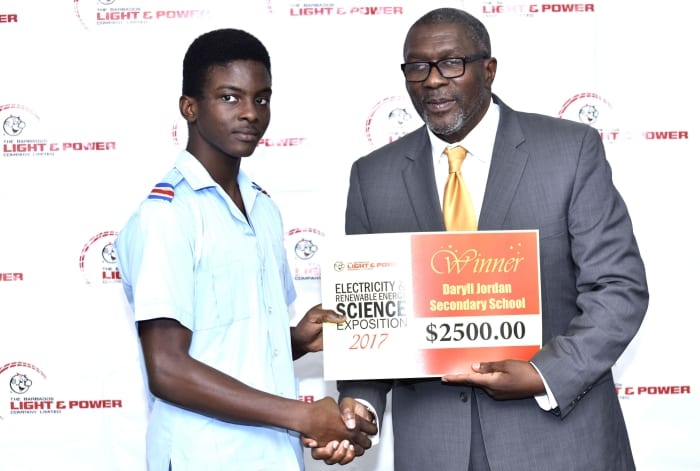 The BMEX 2017 awardees at the primary level were: in first place, Wills (Barbados Through The Eyes of a Tourist); second place, Christ Church Girls (The Electric Chair) and third place, St. Bartholomew’s (Strictly Coconut).

The Most Innovative Award was won by Boscobelle Primary.