Government To Benefit From CMS 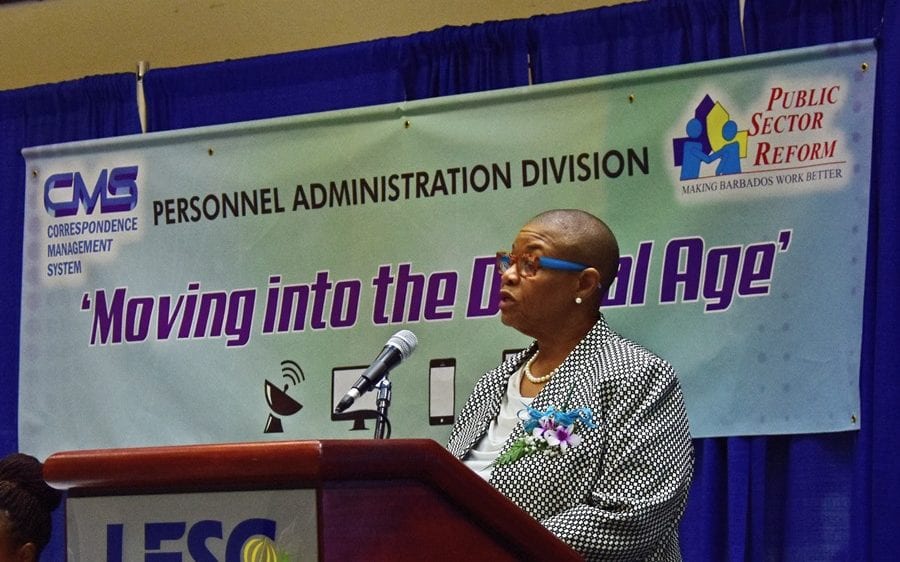 This view was expressed by Chief Personnel Officer Gail Atkins recently, when she spoke at the launch of the Personnel Administration Division’s CMS, which will move that department from its current paper intensive modus to a digital-based environment.

Ms. Atkins disclosed that the Personnel Administration Division (PAD) receives, on average, 450 individual pieces of mail weekly. “One can therefore, imagine, from a logistical perspective, the challenges experienced, especially when matters require input from more than one unit within the Division.

“In addition, one has to provide storage for the large volume of correspondence. The Division is now at the point where space for the storage of files effectively competes with the need to provide individual work space,” she said.

The Chief Personnel Officer explained that the CMS would allow her department to communicate with its stakeholders by providing for the electronic flow of all forms of correspondence from Ministries and the public to PAD, as well as the automated electronic dissemination of decisions and responses.

She pointed out that the public and officers alike had called for a means of communicating with PAD using modern information technology solutions. “These calls have become even more strident since implementing the procedures outlined in the Recruitment and Employment Code of the Public Service Act for filling vacancies in the Public Service,” Ms. Atkins stated. 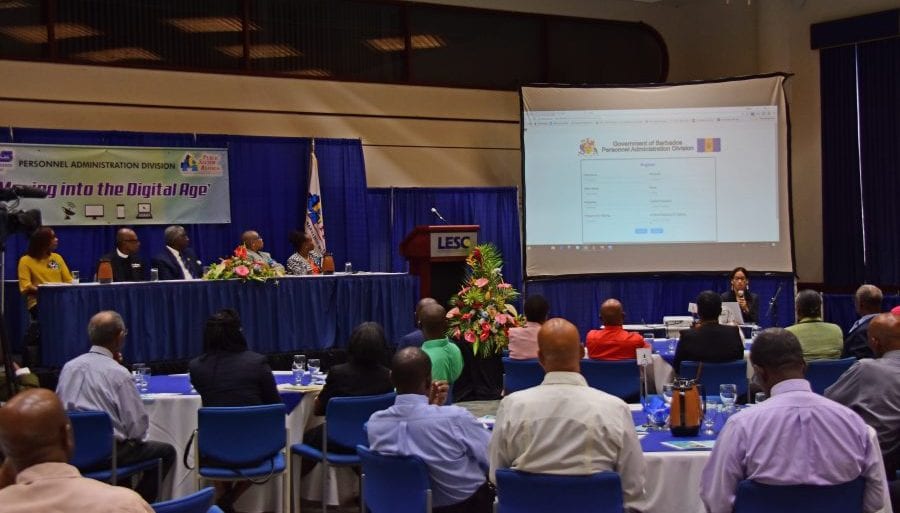 Member of the Public Service Commission, Reverend Canon Noel Burke, said the three Service Commissions dealt with a myriad of papers and files weekly, in an effort to make very important decisions regarding the public service of Barbados.

Canon Burke added that with the coming on stream of this system, many of the functions which were done manually could now be done via the use of electronic media.

He continued: “This electronic system should create much savings in spending in these tough times…. Information would come to the Commissions from the Secretariat on a quicker and timelier basis, helping the Commissions to make better informed decisions regarding the lives of persons.

“There have been obvious delays in the current system as there are times when documents must go to various government departments. This had to be done sequentially but this process can now be shortened since documents can go to more than one department at the same time.”

Canon Burke stressed that the developer of the system has given the assurance that the confidentiality of the files would be maintained as sensitive material was routed to designated persons.