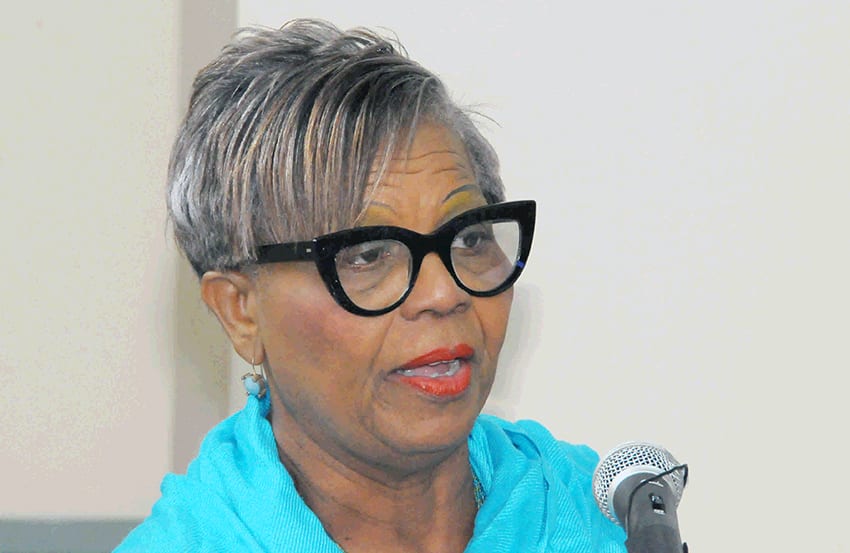 Government has welcomed the introduction of a helpline which will allow children to make “calls of distress” on a 24-hour basis.

This initiative is the brainchild of attorney-at-law and UNICEF Children’s Champion, Faith Marshall-Harris, who has joined forces with the Sandy Lane Charitable Trust.

Minister of People Empowerment and Elder Affairs, Cynthia Forde, whose portfolio includes the Child Care Board, delivered the feature address.  She said the establishment of the hotline was integral to the protection and provision of necessary assistance to children.

She noted that the facility would be available to children, parents, guardians, extended family and communities.  The hotline will be manned by volunteer social workers, who will provide counselling as well as outreach to relevant social service agencies, such as the Child Care Board, the Welfare Department and the Royal Barbados Police Force.

Minister Forde said that Barbados, with limited resources, had made significant strides in ensuring that national laws, policies and practices conform to the intent of the United Nations’ Convention on the Rights of the Child.

But, she submitted, there were a number of areas where more attention was needed.  She outlined these as poverty reduction, education, health, children at risk of abuse, drug interdiction and juvenile justice.

She told the audience: “I’m extremely pleased to inform you that the FMH Sandy Lane Charitable Trust Helpline promises to focus on these mission critical areas.”

She also pointed out other areas in which the helpline will complement the work of government, including health, where it would be working with the Paediatric Department and the Scan Clinic at the Queen Elizabeth Hospital as well as the Child Guidance Clinic.

The helpline will also be collaborating with government agencies to rescue children who are abused and neglected, and will seek to teach children about abuse and the steps they should take to report abuse.

Minister Forde predicted that the helpline would contribute greatly to changing the lives of children at risk, and praised all of the organizations and individuals who volunteered their time and resources to ensure the success of the initiative.