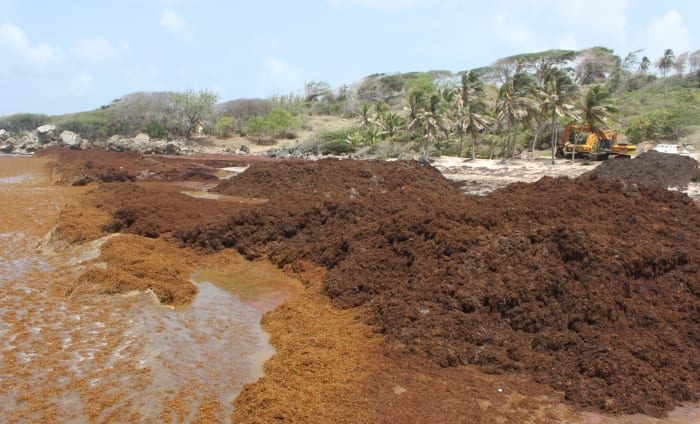 Government is committed to commencing a programme to address the problem of the Sargassum seaweed.

This disclosure has come from Prime Minister Mia Amor Mottley, who said the programme’s intention was to move from a situation of crisis intervention to one of economic activity.

Ms. Mottley stated that since the situation was being treated as a national emergency, the Barbados Defence Force (BDF) would be deployed. She explained that under normal circumstances, the BDF did not become involved in civil matters.

A meeting was held today with several Government Ministers, Ministry officials and key stakeholders to put systems in place to address the Sargassum seaweed which has been washing ashore and inundating the eastern and southern beaches.