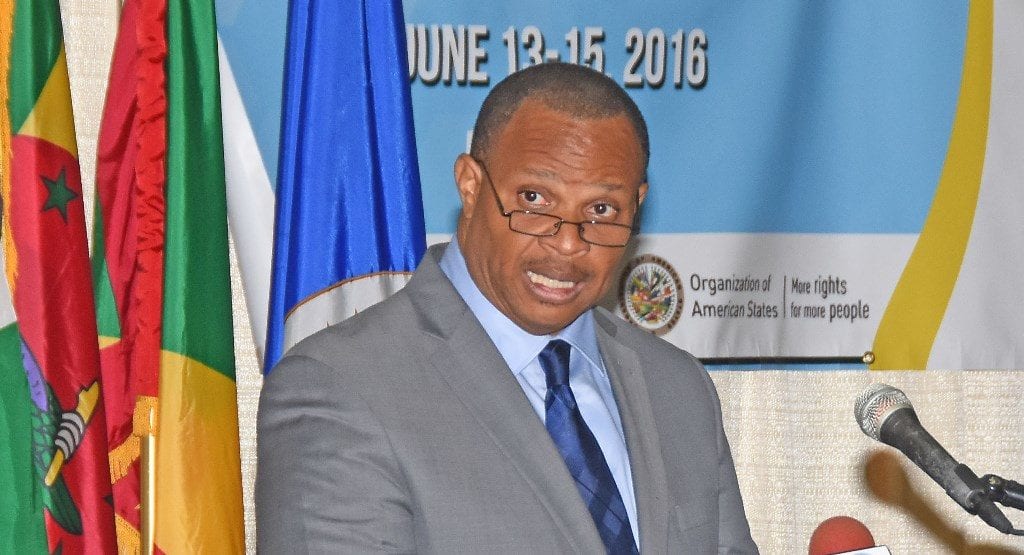 Minister of Finance and Economic Affairs, Christopher Sinckler, says his Ministry has given certain assurances regarding UCAL and once the cash resources are available, Government will settle its obligations to the company.

He made the comments to the media today after the official opening of the Third Sub-Regional Caribbean Public Procurement Conference at the Lloyd Erskine Sandiford Centre.

During an impromptu, wide-ranging question-and-answer session, Mr. Sinckler said one of this administration’s policies was to ensure that small and medium-sized businesses received a certain amount of Government business.

He added that on closer examination, it was discovered that the majority of contracts which were disbursed by the Government were to small and medium-sized businesses.

“People feel that only big companies get the contracts in Government. But contracts are executed every day at all levels … and the majority of those are small and medium-sized businesses, not large ones, and that is simply a fact.

There are several contracts that are done under $200,000, which is the limit before you go out to public tender, and even with those that go out to public tender a lot of small companies in Barbados get them,” he pointed out. The Minister stressed, however, that Government must ensure that the process continues to be transparent and the financial rules followed.

When it was intimated that the necessary systems were in place but were not being followed by those in charge, Mr. Sinckler said laws were in place and if people did not follow the system, then they should suffer the consequences.

“There are rules; anything over $200,000 is to be tendered; anything under $200,000 you should ask, well depending on the size, for three bids. Those are standard rules in the public service and public servants know what those rules are and they have to follow the rules…,” he stated.

Within recent weeks, there have been challenges with the equipment at the Barbados Licensing Authority, causing some members of the public to complain. The Finance Minister said he understood that provision has been made for the procurement of machines in the Estimates of Revenue and Expenditure for 2016/17. He therefore urged the relevant people to procure the machines and get them in place.

The Minister also disclosed that Government was working with the financial institutions to find a way to accommodate the public’s use of credit cards to pay Government, without putting too much burden on the public purse. He pointed out that each time a credit card was used to make a payment there was a fee attached, and Government had to pay it.

“It is okay if you do it for one transaction here and one transaction there but you are talking about thousands of transactions, each having a fee attached to it, so therefore it becomes millions of dollars. In fact, only earlier this year I was forced to take a Supplementary to Parliament.

“The total of the Supplementary was $17 million, but the significant part of that was to pay for the fees associated with credit card transactions, that are not from Government’s credit cards… and that was over and above what we had already provided in the estimates for 2015/16,” he noted.

Mr. Sinckler stressed that while paying by credit card was convenient, it was not an inexpensive way of doing business.