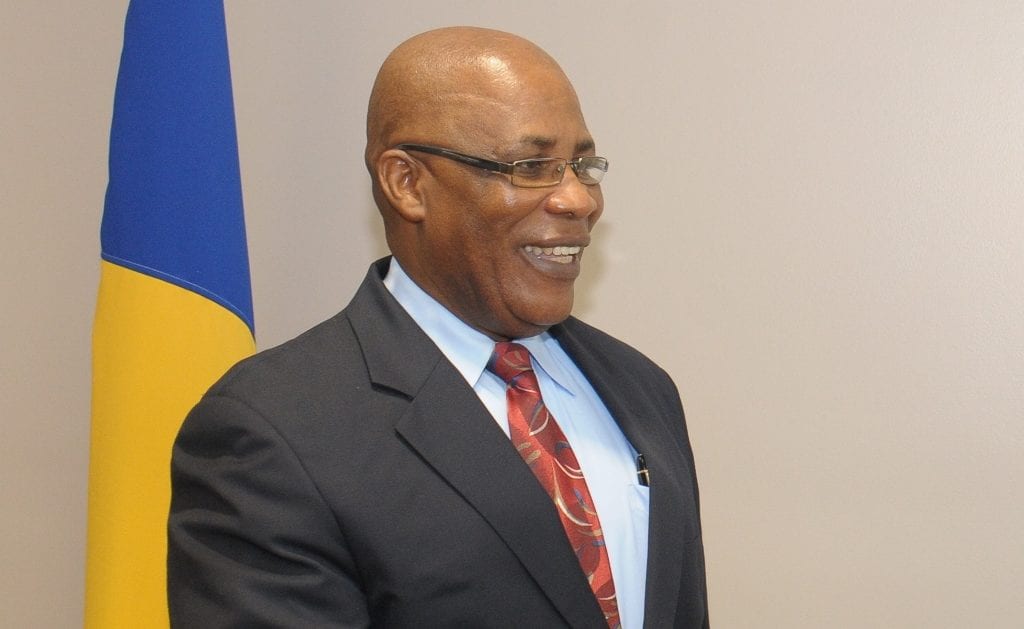 Minister of the Environment and Drainage, Dr. Denis Lowe. (FP)

Significant progress has been made in the collection of waste across Barbados, following the activation of Government’s emergency response (ERT) team.

This is according to Minister of the Environment and Drainage, Dr. Denis Lowe, who has also given the assurance that once the country has passed the present hurdle, all efforts would be made to avoid a re-occurrence.

He was speaking to the media following the presentation of NIFCA Environment Awards for 2014 and 2015 at his Warrens, St. Michael, office yesterday.

The Minister said that significant progress was made in the Pie Corner and Moontown, St. Lucy areas, and along Highway 5, going from Ilaro Court, through to St. Philip, via Boarded Hall and South District in St. George. “These areas are completely clean, and The City and Bay Street areas are [also] doing well,” he said, noting that he received regular updates on the progress being made.

Dr. Lowe said the ERT programme would continue throughout Crop Over, Independence and Christmas, before concluding in February next year.  “By then, we would have caught up and been able to replenish our fleet. We have started the process…we are just waiting on the Ministry of Finance to release the funds to purchase the vehicles,” he explained.

Meanwhile, the Minister said surveillance teams from Drainage Division were checking wells and culverts, and there was a programme in place for the continuous cleaning of wells.

However, while these measures are being instituted, Dr. Lowe called on the public to assist the Ministry by finding more environmentally-friendly ways to dispose of green waste, which would include lawn grass and tree trimmings, to avoid it being included with their municipal (household) garbage.

“That is putting some extra pressure on the collection programme because of course a lot of those things can be put in…a heap and be decomposed and become part of the composting process,” he pointed out. He warned that such bags would be marked but not collected.

The Environment Minister also challenged journalists to not only highlight waste around the country, but also the fact that it has been collected.

“We are not denying that waste is built-up around the country. What we have to do is find a sustainable way of keeping the country clean. It is really a partnership. One, it has to do with the diligence of the Sanitation Service Authority to continue to do its work, but it also has to do with householders and persons who make it a habit to litter and to indiscriminately move their waste from one community to another,” he said.