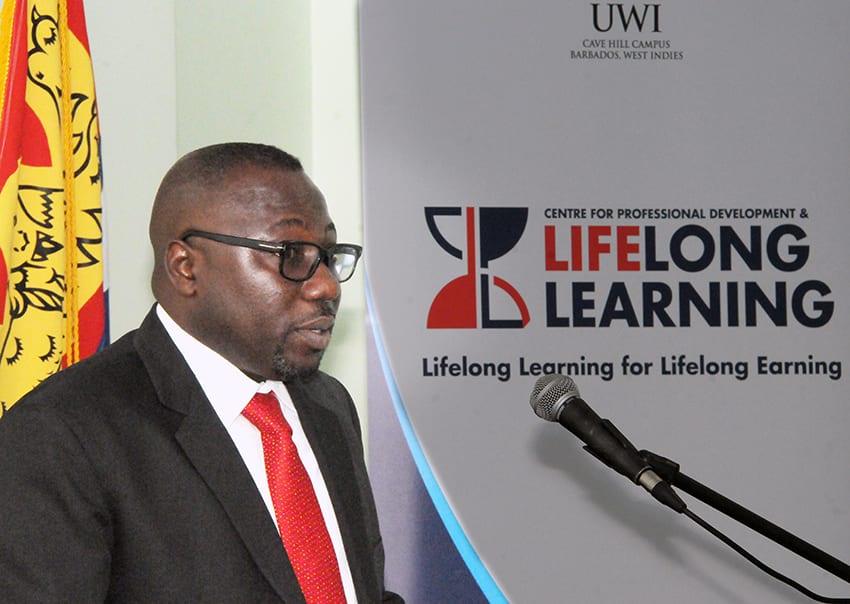 Government does not only see education and skills as critical to the transformation of society and individuals, but the ownership of capital.

Noting that economic enfranchisement of Barbadians was at the core of our development model to achieve long term prosperity and competitiveness, he outlined several strategic objectives government was working to attain.

Minister Sutherland flagged the expansion of entrepreneurial activity as a principal goal of government, and said the aim would be to build a more entrepreneurial citizen and excite young people in getting involved in business in a borderless world, where the technology opens new opportunities that were unavailable to previous generations.

“All Barbadian businesses must realize that technology gives them direct reach into global markets, and they must be prepared to access those markets,” he said.

The minister further noted that the inculcation of entrepreneurial and business skills and attitudes throughout the population would be another focus.  In this context, he said it was about having “an entrepreneur in every home”.

Elaborating, Mr. Sutherland said government envisaged encouraging an entrepreneur in every Barbadian household, so as to maximize income earning potential, stimulate economic activity and increase the penetration of the Barbados brand into the Caribbean and international markets. 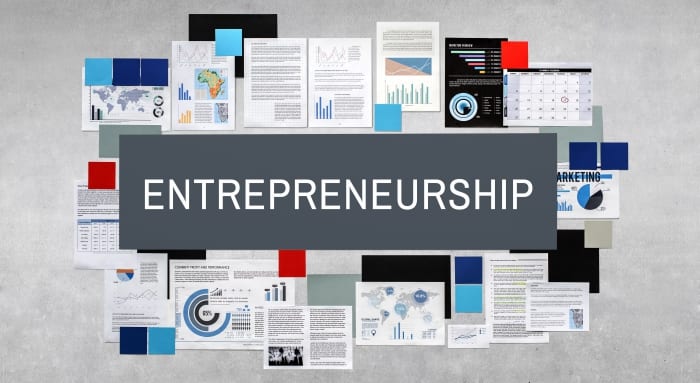 Transforming the island into a 24-hour economy that would facilitate the development of a night-time economy was also highlighted, with Mr. Sutherland stating that this would provide more innovative and entrepreneurial opportunities.

He added that consultation on this had already started, and government believed there were certain key sectors that could be tapped into.

He also spoke about the provision of appropriate institutional and financial support through the Trust Loan Fund Unit, the Industrial Credit Fund and the Youth Enterprise Scheme.

And, while noting that strengthening of entrepreneurship education and training at primary, secondary and tertiary levels was another objective, he commended The UWI for providing the “opportunity to build out the entrepreneurial ecosystem at the tertiary level” and said this needed to be entrenched in schools, just like Mathematics and English.

The Commerce Minister also said that priority would be given to continuous development of a cadre of youth entrepreneurs, redesigning the school curriculum to prioritize STEAM (science, technology, engineering, arts and mathematics), and establishing a national innovation programme within schools.

He added that the Youth Innovation Award, already conceptualized, would encourage and motivate students to create and showcase new technologies of all kinds.

While stating that government hoped to facilitate the mentoring of potential young entrepreneurs through attachments to established business persons, he urged The UWI to send some students to his ministry for job attachments to help develop the entrepreneurship culture.